Revealing the Next War

Daniel Ellsberg, the former American military analyst who helped wake up the nation in 1971 when he released the U.S. military's account of Vietnam war activities, otherwise know as Pentagon Papers, to The New York Times, has something to say about the Next War. "Many government insiders" he writes, "are aware of serious plans for war with Iran, but Congress and the public remain largely in the dark."

Having been personally responsible for public release of classified information that was never intended for release, but that revealed to the American people how much they had been deceived by the U.S. government about the war in Vietnam, Ellsberg muses now about how things might have been different if he had brought the information forward sooner:

Had I done so, the public and Congress would have learned that Johnson’s campaign theme, “we seek no wider war,” was a hoax. They would have learned, in fact, that the Johnson Administration had been heading in secret toward essentially the same policy of expanded war that his presidential rival, Senator Barry Goldwater, openly advocated—a policy that the voters overwhelmingly repudiated at the polls.

I would have been indicted then, as I was seven years later, and probably imprisoned. But America would have been at peace during those years. It was only with that reflection, perhaps a decade after the carnage finally ended, that I recognized Morse [one of two senators to have voted agains the Tonkin Gulf Resolution in 1964] had been right about my personal share of responsibility for the whole war.

Not just mine alone. Any one of a hundred officials—some of whom foresaw the whole catastrophe—could have told the hidden truth to Congress, with documents. Instead, our silence made us all accomplices in the ensuing slaughter.


Ellsberg also notes the stunning parallel betweeen runup to the 1964 Tonkin Gulf Resolution and the runup to the 2002 Iraq Resolution in the way the President and his top Cabinet members deceived Congress and the public to coerce them into supporting preexisting war plans against nations that posed no "near-term" threat to the U.S., and the obedient silence of hundreds of insiders who were aware of and complicit in that deception. Likening his missed opportunity to prevent the catastrophy of the Vietnam war to that of Richard Clarke, Bush's Chief of Counterterrorism and author of Against All Enemies, Ellsberg discusses the risks of revealing the Big Lie:

The personal risks of doing this are very great. Yet they are not as great as the risks of bodies and lives we are asking daily of over 130,000 young Americans—with many yet to join them—in an unjust war. Our country has urgent need for comparable courage, moral and civil courage, from its public servants. They owe us the truth before the next war begins.

And the War Crimes Protection Act (aka, Military Commissions Act) that we allowed Congress to pass and Bush to sign won't make that job any easier. 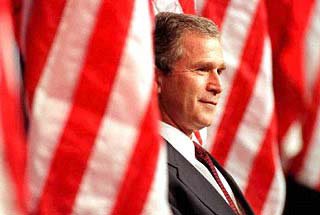