This was posted at Larisa Alexandrovna's Site At Largely yesterday.

I had no idea prior to today that Gov. Bobby Jindal named himself after Bobby Brady from the Brady Bunch.. ..Now everything makes sense. I could not understand how a Hindu raised man could become a Catholic Republican, but watching the Brady Bunch to the point of naming himself after one of the characters explains it all. In any case, Bobby or Greg or Peter Jindal is getting an ass whooping today. I guess the GOP can be thankful he did not name himself Cindy, Jan, or Marsha.

Or if you want to take a more serious look at just why Jindal's performance was so universally panned, Howard Fine has the goods at Huffington Post. 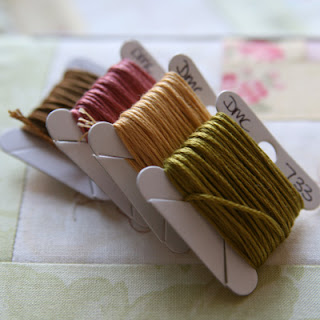 Because YOU ASKED FOR IT.

Visit msnbc.com for Breaking News, World News, and News about the Economy

On March 17th, former President George W. Bush will give a speech about his "eight momentous years in the Oval Office" and "the challenges facing the world in the 21st century" before the Calgary Chamber of Commerce. The event, Bush's first since leaving office, will draw a private audience of 1,500. Private audience, as in, don't expect bloody hands or flying shoes from this friendly bunch of Canadian business men and women.

Geoff Pradella, the group's vice-president of public and government affairs, said, "I imagine [the speech will] be a reflection on issues that arose during his time in office, and maybe drawing from that his perspectives on the way forward."

There's no word on how much Bush will be paid for the event, but it is a well known fact that comedians make a lot more money at corporate gigs than on the club circuit. If the President feels more comfortable taking his act outside the country, there are plenty of people in Europe that would love to see him show up over there. More likely, however, Bush will continue playing to closed audiences in friendly places like Dubai, Saudi Arabia and Utah.

Deep Thought About The Lincoln-Obama Thing

Something people are overlooking: You remember the real way Lincoln preserved The Union?

He beat the EVERLIVING SHIT out of those who believed in slavery!

Good Riddance [if possible] to Bi-Post-Partisan-Stockholm-Syndrome...


TAGS: Adios Muthas!, Talk Loudly and Carry a Huge Fucking Stick, LCall them Idiots - Because They ARE
Posted by Unconventional Conventionist at 2/13/2009 09:08:00 PM No comments:

I wrote last June, after the primaries, FISA, and before the election results, and before what's going on today in DC.:

And what does this guy do? Take some of their food, and when they ask him, "Do you know the way out?" he tells them, "Hey, go back the way you came. Look, that's the way out. You see?"

And they turn on their heels and follow him.

Long story short, he's a hologram, a puppet run by the same CorporoState that Brought You Consumables!

At 7:46 - "How shall a new environment be programmed? It all happens so slowly that most men fail to realize that anything had happened at all..."

This is my long winded and weird to get to the flap between Glenn Greenwald and Keith Olberman. The thing is, is that Digby is right. Fuck this centrist bullshit. What they're not saying is that POLITICS SHOULD BE AS PARTISAN AS CONCIEVABLE OR POSSIBLE RIGHT NOW! Cheese and Rice, there is no time like NOW to repudiate the politics of the Republicans with 8 out of 10 people saying the country is going down the tubes.

Obama Ain't Gotta Play On FISA. It's as simple as that. So he should suck it up and LEAD THE FILIBUSTER!

Now Olbermann announced that he'll have a Special Comment on his Monday program about this little grange war. Fine. I hope he shoots the shit out of the target and makes Obama squirm. If Keith goes to the alleged "center " on this thing, well fuck, he turns into the next generation of the Very Wise And Serious Villagers, at which point I will vomit, as if anybody cares.

Anybody that keeps saying to me "march to the center, it's pragmatic" I feel like punching in the face. I'm no sheep. I may be a Democrat and I want to win as much as anybody eolse but I don't want to wake up in 4, 5, 10 more years and be even farther down the road to THX 1138.

I'll vote for this Obama person, but it's only because of the alternative. Like I said during the primaries "If the country is a car hurtling off the cliff, the Repugs are stepping on the gas, the Dems are thinking about putting on the breaks. It's up to us to stop the fucking car."

Weeeee! I was a little bit harsh on the whole CorporoState comment, but not really alltogether off. For sure, he was never a Progressive. So I'm over that. AND, I have liked how there's been a wee bit of Repug smacking down. Just a wee bit though. This whole bi-post-partisan thing escapes me. Failed ideas are failed ideas and they belong strongly and completely attached to those folks who failed to actually think and promulgated thosae shitty policies.

In Other Words: SUCK IT, DUMMIES.

So, Dear Mr. President, loving you in office and having the bully pulpit and all, but just take a deep breath and CALL BULLSHIT! Do it on the economy, and do it on that nasty and un-transparent legal position you just took regarding rendition and torture.

YES! One more blog entry on What Obama Should Do.

Not sorry. This is what participatory democracy is all about. I'm just saying my piece, so to those who say "Yeah, but what's your strategy to get it passed in Congress?" I say - DON'T CARE about YOUR needs for strategy vs. my need (not to mention RIGHT) to articulate my position. That is why after all, I do have my own blog - technorati ratings be damned.

TAGS: SBT Should Edit These, Do the correct fucking thing and pass the Recovery Act, More of the same?, Prove it to me baby
Posted by Unconventional Conventionist at 2/10/2009 12:01:00 AM 1 comment:

Innovative Response to the Economic Slump 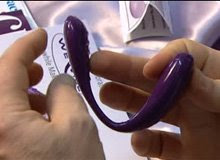 You've probably heard the saying that if life gives you nothing but lemons you should consider opening up a lemonade stand. Well, from CBC.ca we have this story, of an engineer who was laid off from Nortel, based in Ottawa - and responded by inventing a new sex toy. That's what I call stimulating the economy.

Bruce and Melody Murison, both former Nortel employees, launched their "research and design" company after Murison was laid off from the now-struggling telecommunications technology giant five years ago. Bruce Murison, who worked as a Nortel engineer for more than a decade, said the We-Vibe was designed from an engineer's perspective. The 60-gram silicone device is U-shaped and is the product of six years and $500,000 worth of research and development.

"This is, to me, not a sex toy. It's an electromechanical device," he said. "We truly look at it from a scientific point of view; in terms of plotting the x-y charts of power versus performance, versus the third dimension of the human dynamic: What frequencies do women like?" The couple said they came up with the idea while on a long car trip in 2001. The topic of sex toys came up.

Ahem...as it so often does on long car trips.

..."And it was just an innocent idea — why isn't there a sex toy that fits between two people when they're making love?" Bruce said. He jotted down the idea, did some searches and found that nothing similar had been patented.

In 2003, he was laid off from Nortel and had some time to pursue his new research. "We had to go downtown to cruise the peeler joints and talk them into trying our device," he recalled, adding that they wanted it tested by people who had tried five or more devices for comparison.

Heh heh. FORCED to go downtown to cruise the peeler joints. I am shocked, I tell you, simply shocked.

The couple kept the idea a secret for years as they worked on it, due to the stigma associated with sex toys. Melody Murison said it took her until May 2008 to tell her parents. "Dad was pretty quiet about it. Mom was — she absorbed what I was saying. I think she was glad to hear that we had income now."

Her husband said their company now has a new project on the go. "I discovered some technology developed by NASA that has never been applied to the sex toy industry," he said. "So we've got a new technological platform we're going to be rolling out over the next two years."

Meanwhile, vendors taking part in Ottawa's annual sex show, Sexapalooza, this past weekend said the toy, which retails for $129.95, is flying off shelves. "It's phenomenal," said Shelley Taylor, owner of the Venus Envy store in Centretown. "We've never, ever seen a toy sell like this."

Bonnie Hamilton, owner of Bonnie's Bedroom in Hamilton, Ont., said the product has been a boon for her business also. "That's my livelihood, so I'm pleased."

Nortel is a networking firm, so one could guess where Murison's idea could go from here. Bluetooth enabled sets of We-vibes that respond to the proximity and state of excitation of your partner, perhaps? How about a base unit with Theremin controls that would allow you to play your loved one like a violin? The possibilities are endless.

Bottom line: this innovative product puts Bruce and Melody Murison into early contention for the covetted Pantsless Award for February, with a low probability that anyone will present a serious challenge to them.

My pants are off to them already.