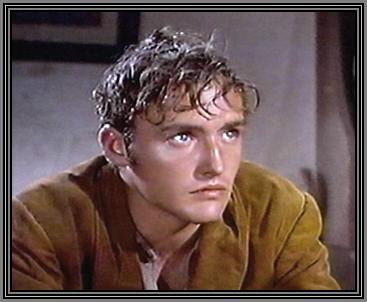 I'm just now hearing that actor Dennis Hopper has died. The first time I remember seeing him was as Billy in Easy Rider. Brilliant!

According to his IMDB entry he had at that point done dozens of appearances on film and TV including guest appearances on such outstanding shows as Gunsmoke, Bonanza, Zane Grey Theater, and The Big Valley. He was also on some less outstanding fare like Petticoat Junction and The Time Tunnel. Oh well, a guy's gotta earn a living. 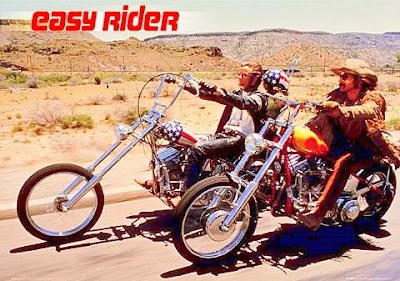 He was in a lot of westerns, befitting his birth in Dodge City, Kansas. He didn't have to work too hard to come across as an authentic cowboy. Starting with Giant in 1956 (when I was frickin' three years old!) he was in classics such as:
Cheyenne; Gunfight at the OK Corral (as Billy Clanton); Sugarfoot (as Billy the Kid); From Hell to Texas; The Sons of Katie Elder; The Legend of Jessie James; True Grit -- you get the idea. The list goes on, showing that he did as much to form the public idea of what a cowboy is as John Wayne or Slim Pickens.

A great career spanning over half a century, hopefully a life that was just as great for him as it was for his fans, he'll be missed.

Email ThisBlogThis!Share to TwitterShare to FacebookShare to Pinterest
Labels: Entertainment

TAGS: Science, Evolution, Life, Human Race, Arrogance, Religion
I want to discuss science if I may. Specifically in an area that really arouses my passions: That is the ridiculous and arrogant assumption that the universe and everything in it was created with it's future inhabiting by mankind in mind. We've all heard the arguments about irreducible complexity and so forth. It's the basis of the idea of intelligent design. I say "idea" because "theory" isn't apt in this case. Theory is the analysis of facts and how they relate to one another while intelligent design takes facts and assumptions and even made up notions and preconceptions and compares them.
I'm not here to discuss intelligent design though. I want to address the over arching concept that without a whole lot of very specific events occurring, humanity wouldn't be here. That is absolutely true, without a doubt. If Theia hadn't smacked the Earth hard almost four and a half billion years ago, the moon wouldn't exist and our rotation and axis wouldn't be as stable as it is. There is a theory that if the Snowball Earth Era hadn't happened, life would have never been under so much pressure to adapt and to then be poised for the Cambrian Explosion when the planet finally thawed, ushering in the Phanerozoic Eon. If the Permian extinction hadn't occurred, maybe creatures related to Dimetrodon would rule the Earth and if not for a huge impact at the end of the Cretaceous, sentient dinosaurs may be quarreling about science versus religion.
We can argue and speculate about the details but it is certain that had some or all of these events not happened, the human race would not exist. We can go back even further and imagine that gravity never separated out of the electromagnetic, strong and weak forces at the very beginning of the creation of the universe with the Big Bang, leading to an endless ocean of subatomic particles that may have formed atoms but never bunched together to form anything more massive or complex than hydrogen or helium. No gravity = no stars = no people. Anywhere. There is also growing evidence that a gamma ray burst in our distant past may have also contributed to genetic modification of ancient and primitive life on Earth. What if the poles of that star had been pointed a few degrees away from us? Would I be sitting here typing this? Chances are I wouldn't be.
So yes. Except for a very specific grouping of some very unlikely events, the human race would not exist. Period. But does that then prove some divine guidance? Does that support the idea of an omnipotent sky daddy manipulating events and conditions to bring about the human race? I don't believe it does. The fact is that the universe doesn't have the properties it does for the benefit of mankind, rather WE have the properties we do because of the universe we evolved in. We owe our form, our method of reproduction, the mixture of gases we require, the temperature ranges we need, our nutritional requirements and etc because we evolved within this universe and on this planet. Conditions on Earth aren't perfect for us. We are perfect for the conditions on Earth. Assuming that life couldn't exist without those very specific circumstances and that intelligent life wouldn't be on the Earth at all if not for an accidental series of events is the very pinnacle of human arrogance. WE almost certainly wouldn't be here but I believe that life would go merrily on without us. Imagine that.
Posted by Margaret at 5/07/2010 09:23:00 PM 1 comment: