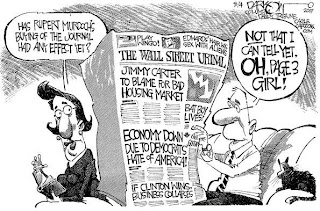 Here's a meme that progressives should make use of. It just occurred to me, and I'd like to pass it on.

Being born rich has no intrinsic value; it is in no way productive, useful or desirable. Most rich people contribute far less to society than do ordinary factory workers, bus drivers and janitors. Therefore, living off of ancestral wealth made by Daddy, Grand-dad, or Great-great-great to the nth degree going back to pre-Civil War plantation days is no more ethical than living off of welfare. In many cases it's far less ethical. So here's the meme:

Let's start calling that condition Ancestral Welfare, and bring up the term every time people who were actually brought up by nannies complain about "The Nanny State." The term goes hand-in-hand with the already familiar terms Class Warfare and Corporate Welfare, and is intimately connected to both.

Class warfare couldn't exist if it weren't for the scions of the last generation living off of the avails of their parents. And most of those inheritances are in trust funds tied into holdings of corporate stock.

Nobody with an ounce of sense believes that prominent heirs like Rush Limbaugh or Charles Krauthammer's points of view are anything but self-serving. The idol bloated bloviaters have not only stolen America's wealth, they've also dominated any conversation concerning wealth. So whether you're talking about social benefits, education, health care, or the structure of the tax system, you'll always get only the opinions of those who can well afford those things without any help from government.

What is the solution? Start taxing capital gains at a rate at least as high as that levied against money that is actually earned. And set the estate tax to something that promotes the American ideal of all men being created equal instead of eroding it.

The estate tax should be 0% for the 1st $1 million, and 99% for anything above that. If you are survived by a wife and six kids you'd be allowed to leave a legacy worth $7,000,000. That's not too shabby when you think about it.

Anybody who can't turn a million dollar inheritance into a pretty comfortable life has demonstrated an inability to compete in any kind of economy, especially a capitalist one. With $1 million you could buy a nice house or a platinum education or you could open a small business. In fact you could probably do any two of those things with $1 million and have considerable change left over. So anyone who says their children can't make it unless they get a billion dumped in their lap is really implying that their children are drooling idiots, fit only for wasting away in a hammock.

On a more general note, it is lamentable that the so-called 'left' in America can't come up with counters to the memes put out by The Powers That Be, even when they're staring them in the face. If you're going to change the way things are going, or even halt the slide into modern feudalism the first step is going to be to change the tenor of the conversation. If you fight the battle on the other side's terms you don't have a chance.

Email ThisBlogThis!Share to TwitterShare to FacebookShare to Pinterest
Labels: Class Warfare, Limpness on the Left

A few words for Sarah Palin 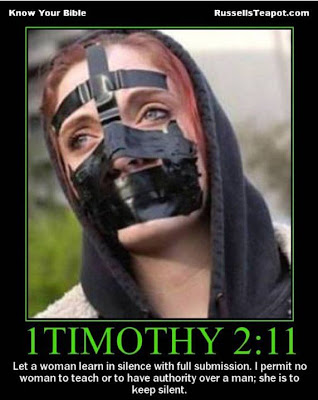 Honey, if you insist on thinking that Jesus is talking to you, could you please just listen when he tells you to STFU?