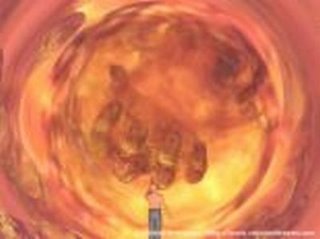 Where is a REAL *cough* special prosecutor
when you need one, I ask? You remember Ken Starr, who spent $50 MILLION investigating the affair between President Bill Clinton and then 22-year-old Monica, doncha?? Tell me you haven't forgotten him so soon.
And boy, oh boy, do we ever need a "real" special prosecutor to conduct an independent investigation into the ever-widening Pedophiliagate, Pagegate, Foleygate, whatever "gate" you prefer to call it. SIDENOTE: Thank you, Richard Milhous Nixon, for giving a whole new meaning to the word gate. Just imagine a scandal, any scandal, and attach the word gate to it, and voila, it becomes a REAL scandal. But wait, the real scandal is NEVER the crime, oh no, that would be too simple, too easy. No, the real scandal is, yes it is, THE CONSPIRACY. You know, that wall of silence that goes up, up, up among those who KNOW. And who choose to say a big fat zero about it.
Let me see if I can get this straight.
For YEARS, several Congressmen have known about former Rep. Mark Foley's (R-Fla) predilection for young boys. Did they speak out? Hummmm, let me think here, I'm thinking, hmmmmmm....oh, that would be a resounding NO!!!
The players in this sordid saga make the brain turn upside down. I will now attempt to list the KNOWN ones.
Mark Foley - named after a catheter.
J. Dennis Hastert, (R-Ill.), Majority House Speaker. AKA, Fat Bastard. "Git in mah belly..."
John Boehner, (R-OH-08), Majority Leader of the House of Representatives. AKA, Boner.
Kird Fordham, Foley's former chief of staff. He quit. As in, resigned. Promptly.
For a clearer roadmap to this sideshow, please click on this link.
http://img209.imageshack.us/img209/3530/foley4tx8.gif
Feel all better now? Isn't it so much clearer?
And my, oh my, has this Unmagnificent Seven-2 taken such responsibility for the coverup. NOT.
So now, under growing pressure and calls to resign as Majority House Speaker, Hastert decides he wants to appoint former FBI director Louis J. Freeh to, well, check out possible ways to make the page program more, ummm, more better. Yeah, that's the ticket. That, my friends, did not go over exactly well for Hastert. Among screaming opposition, Hastert retreated.
So now, a so-called "Ethics" panel is looking into this mess. One gate at a time.
In the meantime, the blame-game continues. The one I love the best is, of course, the old familiar refrain the repukes are so fond of and use so often.
"It was Clinton's fault."
Gag.

Hey, all you pervs involved in this nasty matter, listen to what these boys have to say to you, then get back to me on the matter, K? I'm right here among these tubes of this big Internet freeway. Let's do lunch. Bye-bye.