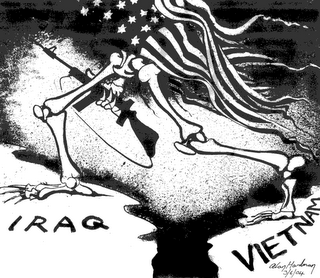 The revelation this week that we have killed far more people in Iraq than we've been led to believe has kind of been buried among some other very high profile stories. I think it's as big a story as we've seen all year--right up there with the repealing of the Magna Carta.

So, with renewed focus on this ongoing genocide, I give you...