On Genocide in Iraq 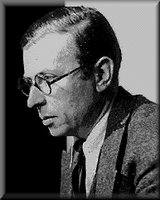 The ominous news that an estimated 655,000 people have died in Iraq since the beginning of the war raises the question--what are we doing here? Our goals are unclear and the number of dead are mounting.

In his 1967 speech to the International War Crimes Tribunal, "“On Genocide", Jean-Paul Sartre made the case the America was guilty of genocide during the Vietnam War. (Sartre's comments opening the tribunal here)

Since the Convention of 1948 defines intention as an element of genocide, Sartre argued that while the United States government made no clear declaration of their intention to kill all North Vietnamese people, the apparent realities of the situation made genocide the only option. Continuing to fight constituted genocide.

"The characteristics of the struggle were clear from the beginning," Sartre tells us, "the settlers were superior in arms, the colonized in numbers." This disadvantage dictated the colonized had to fight in ways that would negate superior technology--terrorism, ambush, harassment, and mobility became the methods of warfare chosen to attempt to level the battlefield.

Sartre argues that postcolonial warfare operates systematically. The only way for a technologically advanced army to defeat guerilla tactics is to kill the entire population. Both sides gamble. The colonized gamble that the settlers would not kill them all. The settlers gamble that the colonized will not sacrifice their entire population. Sartre calls this arrangement a form of blackmail on the part of the invading neo-colonial force--either the colonized nation accepts defeat or they will be wiped out.

Was the United States aware that it was committing this blackmail?

General Westmoreland claimed that the Vietnam War was important because it was sending a message that guerilla warfare could not defeat the United States. Sartre claims Westmoreland's statement was intended as a message to all of the other formerly colonized countries (especially in Latin America) not to challenge the regimes friendly to the United States. A clear message was sent from the United States government to the regimes of the world, "“submission or complete liquidation". Even if the North Vietnamese accepted the blackmail they would still face a different kind of genocide, which Sartre described this way:

That, too, is genocide: the cutting in two of a sovereign state; occupying one half with a reign of terror, effectively ruining the enterprise so dearly paid for by the other half with economic pressures and with calculated investments, to be held in a tight stranglehold. The national unit of "‘Vietnam"’ would not be physically eliminated, but it would no longer exist economically, politically or culturally.

American policy makers learned long before the war's end that they only had two choices--peace or genocide. With that knowledge--though "plausibly" deniable--that to win the war would result in genocide, U.S. policy makers continued the strategy that called for an emphasis on kills and rejected the occupation of land.

The idea that the Vietnam War was a waste because America did not attain any of its goals is only part of the argument that useless suffering on a large scale was perpetrated in Vietnam. If Sartre is correct, then the useless suffering of the war was due to the manner of its planning and its execution as much as its existence and continuation.

Whether one is convinced that our actions in Iraq can be characterized as genocide--I believe they are--continuation of our current course in Iraq makes the argument that our leaders are committing genocide clearer by the day.