Better off? - I Think Not 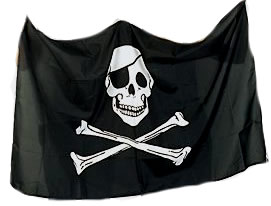 Special Feature: In the latest installment of our guest blogger series, we are very proud to introduce Jolly Roger of the very informative blog Reconstitution, with this piece on the direct personal impact on his life brought about by the policies of the Bush administration. -SBT-

Many of us either remember (geezers like me remember) or know of the question Ronald Reagan put to the American people in 1980.

"Are you better off now, than you were four years ago?"

I would like to relate my own experiences and get a feel from you as to where you stand these days. Left or right, I appreciate all honest answers-which means talking points, by default, would be automatically disqualified (since the talking points of the right are, for the most part, demonstrably false.) Anyhow - how'd I do the last four years?

I have had to change jobs twice in the last four years. The first job I had to
change because FMLA doesn't cover any site with fewer than 75 employees. I got sick, and my employer told me that if I so much as took off for another
Doctor's appointment, I'd had it. I lost approximately $8000.00 yearly with that switch. My next job change came because the company I worked for (famous right now for a pretexting problem) lost a contract and I got downsized. That job change cost me another $1000.00 yearly.

In the meantime, my house payment has increased by roughly $300.00 monthly, my
electric bill is up roughly 20% over the same time 4 years ago (although my
usage is actually around 10% less,) the insurance premiums we pay for medical
and dental are up about 50%, and of course my fuel bills have fluctuated
wildly-as of this writing they are about 30% over where they were 4 years ago.
The one bright spot is that my automobile insurance premiums are down by 50% as a result of having switched carriers. Added up, it looks like this...

Additional expenses=$6540 per year, minus the $2520 savings I am now getting on auto insurance. So I'm in the hole an additional $4020 from where I was 4 years
ago. My wife? Her income has been stagnant for 3 years. So my household is
actually down to the tune of $ 13,020.00. That isn't chump change, and I am
fully aware that I am much luckier than some who have "enjoyed" the fruits of
The Bush Economic Miracle.

Let's look now at that thing the Chimperor claims to excel at-security.

Internationally, Kim Jong-Il has apparently exploded a nuclear device, we are
losing troops at the rate of about 5 a day in a war for nothing in Iraq,
Afghanistan is steadily sliding right back to where it was when we arrived
there, and Iran laughs us off. The performance of the DHS and FEMA during the
Katrina debacle can hardly leave one uncertain as to whether or not
Americans as a whole are safer-the answer is clear.

However, of course security is a personal matter for every one of us, so I will
turn to how things are going here in my city in an effort to decide whether or
not I am truly safer from a personal perspective than I was four years ago.

I used to take my daughters out for twilight walks at night. I no longer do
that, because the neighborhood across the street from my house has been plagued with (in 2006) 2 dozen home burglaries, 2 rapes, and umpteen acts of theft or vandalism on cars. My own car has been broken into and stolen from in the years 2004, 2005, and 2006. My son has seen two of his cars vandalized and stolen from in the same timeframe.

Due to massive job losses in my city (and the Chimperor's slashing of funds for
the Clinton-era initiative to put 100,00 more policemen on the streets) the
revenues for Police and fire protection have fallen dramatically. As a result,
12 Police patrol people have been laid off, and 4 Fire Stations citywide have
been shuttered, even though calls to the Fire Department for emergency services
have not decreased.

Secure? Nah, I feel a lot less secure these days.

Taxes? Let's see..... as the Chimperor generously handed me tax "cuts" that
amounted to a whopping $36 a month (with my wife figured in, about $70 a month)
we have seen property taxes jump twice in the same era, now costing me about an
additional $560 yearly. In addition, the local sales tax has jumped by 1%, and
poring over my books, the best yearly estimate I can give for this is that it
is costing me around an extra $400 or so yearly.

My tax burden, without any doubt in the world, has gone up.

In summary, then, this is how Jolly Roger has fared over the last 4 years.

That's my take on the last 4 years, and you can believe I will remember it when
I head to the polls. What's your story?