How about taking care of people? 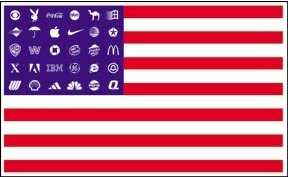 In This Recent Alternet article, Russ Baker talks about how
the Democratic Party, or at least a good number of its most influential members, are part and parcel of the pro-business culture that permeates the halls of power in Washington, D.C. He uses Joe Lieberman as a classic example.

"Lieberman is...famous in the capital for his undying support for corporate causes. There are countless examples: Remember Lieberman's role in blocking the reforms of stock option accounting that former SEC chair Arthur Levitt was trying to enact? This was a question of honest accounting that became part and parcel of the corporate corruption scandals of recent years, and Lieberman was a champion of the wrong side.

Beyond that, Lieberman happily has done the bidding of the pharmaceutical companies, the insurance companies and many others... And of course, his support of and continued rationalization of the Iraq invasion, like many of Lieberman's other stances, has served chiefly to benefit large corporations, in this case the "national security/homeland defense" industry that got a huge boost from Bush's reckless military adventurism."

Baker goes on to detail how this perversion of democracy goes well beyond Lieberman, naming prominent consultants and operatives in the Democratic party with close connections to Bill and Hillary Clinton, John Kerry, Al Gore among others. (And of those, by the way, I rather like Al Gore.) It's a lengthy article, and I'd like to use this excerpt to prompt you to read the whole thing.

"Jack Quinn served as Vice President Gore's chief of staff and later as counsel to President Clinton. In January 2000, he left what was still a Democratic White House and formed Quinn Gillespie with Ed Gillespie, a Republican and close friend of Tom DeLay. This firm was among the pioneers of the one-stop-shopping approach that has since swept Washington. Want to influence the legislative process? Now you can get right to the top of both parties by hiring a single firm.

Quinn Gillespie has represented clients who want to drill in fragile areas of Alaska, put the screws to already beleaguered American creditors, and prevent the introduction of more healthy dairy substitutes in school lunches. Quinn helped secure a controversial pardon for the fugitive financier Marc Rich as Clinton was leaving office."

Stalin spoke of how he didn't care who voted, only who counted the votes. In the American system of 'democracy', the situation is even worse than that, notwithstanding the potential abuse of Diebold and ES&S voting machines. Who cares who votes when the same corporate moguls decide who both candidates are? The American flag might as well look like this. 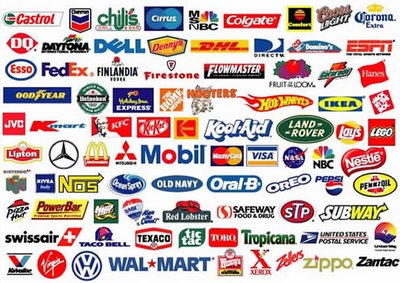 Going Deeper:
The Corporation. This Canadian-produced documentary by Mark Achbar, Jennifer Abbot and Joel Bakan is so good it's frightening. Not to my knowledge available on the net in streaming form. I suggest you buy a copy of the DVD set, watch it several times, then donate it to your local library or high school. Same goes for the companion book.