Careful With That Fan

'Cause There's a Lot of Shit Going on Here 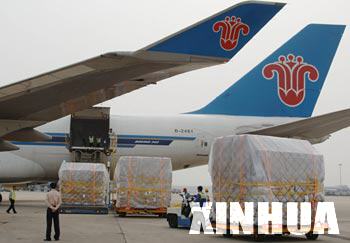 Last May Les Enragés' reporter-at-large Nigel Elliot caught this article from the Boston Globe, perhaps one of the most important yet under-reported stories in recent times. I responded with this post at Friendly Neighbour, and Sans-culotte weighed in with this.

The article expresses the fear that a new 'axis of evil' is forming, with the players including Russia, China, India, Iran, Pakistan, Mongolia, and a lot of countries whose names end in -stan. Please read the entire Globe article for details. I will highlight a few quotes;

"The purpose of this collaboration is to give form to a common policy of resisting what the governments in Beijing and Moscow have come to see as an aggressive, overbearing America."

"Acceptance of Iran by the organization at the very moment when the Islamic Republic is defying the International Atomic Energy Agency -- and when China and Russia are blocking US efforts to have the United Nations Security Council approve sanctions on Iran -- suggests a tectonic shift in geopolitics."

"Ironically, this is precisely what President Bush has pledged to prevent."

"But after five years of trial and error, it is clear that the Bush doctrine is having the opposite effect."

When a policy leads to the opposite of its intended effect, that is called incompetence. The immediate and inevitable reaction to this was, "Holy crap! - This is World War III waiting to happen." That from sans-culotte, btw, on a comment thread at Americablog. With Bush's monumental, I would even say historically unprecedented incompetence (With the possible exception of Gaius Caligula) leading to even the possibility of World War III, wouldn't you think that the Mainstream Media (MSM) would finally start, oh I don't know, DOING THEIR JOB? Don't hold your breath waiting for that.

In keeping with Les Enragés' long-established tradition of following up on stories we were pursuing even before we were Les Enragés, I offer this article from Xinhua news (Chinese), found by Hornet on the path less taken. It appears to indicate an increased level of co-operation between the principles mentioned in the Boston Globe article, and possibly a widening of scope as well. It might not be a bad idea to double the amount of canned tuna you have stashed under your bed.