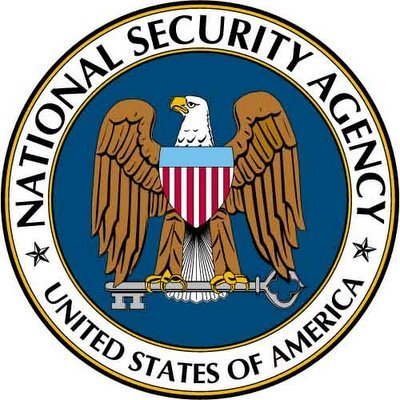 In perhaps the best news to come along in some time, US District Judge Anna Diggs Taylor has unequivocally ruled against the Bush Administration's unwarranted domestic surveillance program, ordering its immediate cessation. The case was filed by the ACLU on behalf of several clients including a number of lawyers with overseas clients.

It's about time. This program has been going on at least since 9/11, and possibly even longer. This blatant defiance of the Constitution boggles the mind. Here are excerpts from the original AP wire report as published by the Idaho Statesman:

"Plaintiffs have prevailed, and the public interest is clear, in this matter. It is the upholding of our Constitution," Taylor wrote in her 43-page opinion.
"By holding that even the president is not above the law, the court has done its duty," said Ann Beeson, the ACLU's associate legal director and the lead attorney for the plaintiffs. Beeson predicted the government would appeal the ruling and request that the order to halt the program be postponed while the case makes its way through the system. She said the ACLU had not yet decided whether it would oppose such a postponement.

Glenn Greenwald of the excellent Unclaimed Territory blog, is understandably jubilant over the decision. The NSA's various programs have been his focus for some time now. I urge readers who want a more substantial analysis of this story to head for Glenn's. This is a legal issue. He is a lawyer. 'Nuff said.

While this is undoubtedly the most significant story in the news today, it is politically embarrassing for the Bush administration that they have been legally determined to be involved in criminal activity. What do you want to bet that the Jon Benet Ramsey story gets 24/7 coverage for the foreseeable future?

My spouse and I stumbled over here from a different website and thought I may as well check things out.
I like what I see so i am just following you. Look forward to exploring your web page
yet again.
Here is my web page ; how to buy cigarettes under 18

Hey! I'm at work browsing your blog from my new iphone! Just wanted to say I love reading your blog and look forward to all your posts! Carry on the superb work!
My web blog - youtube.com

Thank you a lot for sharing this with all folks you actually realize what you're talking approximately! Bookmarked. Kindly additionally consult with my site =). We will have a hyperlink change agreement among us
My website - where to download movies

Fantastic goods from you, man. I have understand your stuff previous to and you are just extremely magnificent.
I really like what you've acquired here, really like what you're saying and the way in which you say it.
You make it entertaining and you still take care of to keep it wise.
I can not wait to read far more from you. This is actually a wonderful website.
My website - watch nfl games online

Nice post. I was checking constantly this weblog and I'm inspired! Extremely useful information specifically the remaining part :) I handle such info a lot. I was looking for this certain information for a long time. Thank you and best of luck.
Review my web site :: how to get rid of acne in one day

Very rapidly this site will be famous amid all blogging visitors, due to it's pleasant content
My page ... get rid of acne overnight

Your style is unique in comparison to other people I've read stuff from. Thanks for posting when you have the opportunity, Guess I'll
just bookmark this site.
My web-site ... Work At home online

We are a group of volunteers and starting a new scheme
in our community. Your web site offered us with useful information to work on.
You've performed an impressive process and our whole group will probably be grateful to you.
My web page - get rid of scars

I do not know whether it's just me or if perhaps everybody else experiencing issues with your website. It appears like some of the written text within your content are running off the screen. Can somebody else please comment and let me know if this is happening to them too? This may be a problem with my web browser because I've had this happen before.

What a material of un-ambiguity and preserveness of precious familiarity
concerning unpredicted feelings.
Feel free to visit my blog post : skin lightening

Hey! Do you use Twitter? I'd like to follow you if that would be okay. I'm absolutely enjoying your blog and look forward
to new posts.
My webpage how to lose man boobs

You actually make it seem so easy with your
presentation but I find this topic to be actually something that I think I would never understand.
It seems too complicated and extremely broad for me.
I am looking forward for your next post, I'll try to get the hang of it!
Also visit my web page - borkum riff original