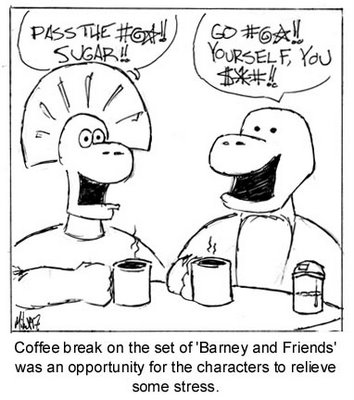 Eighteen hours into the negotiated ceasefire between Israel and Hezbollah both sides are loudly trumpeting the victory they have achieved. I'm very skeptical about those claims. In war there are no winners and losers, only survivors and casualties.
Those inhaling in preparation for breathing a sigh of relief, don't hold your breath. As detailed in this NPR report, the rhetoric coming from both sides gives little cause for optimism.

"Israeli troops and Hezbollah guerrillas remain poised to resume fighting. Israel says its troops will continue to destroy Hezbollah assets until those areas are handed over to the Lebanese army and U.N. troops. The leader of Hezbollah, Sheik Hassan Nasrallah, says fighting against Israel will continue as long as Israeli troops are on Lebanese soil."

Hmm, looks like both sides heard 'cease' as an indistinct whisper, but 'FIRE' came through loud and clear. Meanwhile the Israelis have used the pause to direct their military's efforts elsewhere, as reported less than two hours ago by Reuters,

"Israeli aircraft carried out an air strike in Gaza on Monday, witnesses and the Israeli military said.
The Israeli army confirmed the strike, saying it targeted a command center of the Islamic Jihad militant group.
Witnesses said a house was destroyed and that the residents were notified ahead of the bombing. They said the house belonged to the family of a member of Islamic Jihad. There were no reports of any casualties."

Even if things were smoothing out in and around Israel, there's still that other carnage going on in Iraq, as reported by The Guardian.

"More than 60 people were feared dead today after a barrage of rockets and car bombs hit a predominantly Shia Muslim district of Baghdad.
Another 148 people were injured during the wave of violence which started last night in the Zafraniya district in the south of the city."

"The terrorists are in a critical state because they realise the security plan is succeeding so they have begun targeting innocent people."

Yeah, right they're in their last throes. Yo, Death, don't gulp. You'll burn your tonsils.Cross-Posted To Friendly Neighbour