Snow Caught Dealing From the Bottom Of The Deck. 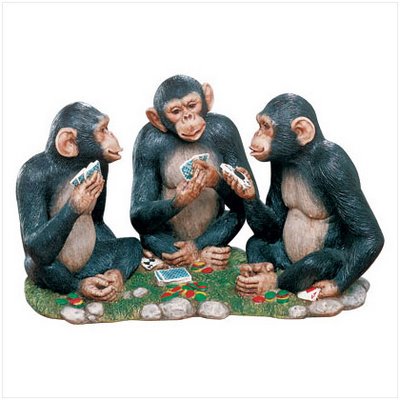 You've all heard by now (how could you not have) about the increase in the terror alert level due to the alleged thwarting of yet another plot, this one to blow up airliners travelling between the UK and the US. Grant in Houston has already blogged about this today, but I just stumbled across a new element that is almost laughable in its idiotic bluntness. This item from Think Progress,

At a press briefing moments ago, Tony Snow claimed that last night’s Connecticut Senate primary gave voters the chance to answer the question, “Do you take the war on terror seriously?” Snow said that Connecticut voters who backed Ned Lamont (and the 57 percent of Americans who support his position on Iraq) were choosing to “ignore the difficulties and walk away.” That is the same approach, he said, that led Osama bin Laden to the conclusion “that Americans were weak and wouldn’t stay the course and that led to September 11th.”

Geez Louise, are these guys wetting themselves over Lamont's victory, or what? And just how long do the Republicans think they can keep playing the fear card before its corners become so dog-eared and tattered that it can no longer be shuffled back into the deck? Grant augmented his post in comments with this memorable line, "These guys act like none of us read 'Chicken Little' when we were little kids. I am getting too old for the games they keep throwing our way."

Games indeed. This kind of gamesmanship harkens back to the 1940 Presidential election. The Republicans, who then as now were happy to profit from war in spite of the misery, and who were dealing with both sides, had this as their isolationist campaign slogan, "A vote for Roosevelt is a vote for war." Then as now fearmongering was their strong suit. The Democrats shot back with a slogan of their own, "A vote for Wilkie is a vote for Hitler." The Dems still knew how to sit in on a high stakes game back then.

Well, the more things change the more things stay the same. One difference stands out though. In the upcoming midterm elections, the Democrats could well combine the two slogans, "A vote for BushCo™ is a vote for war. And for Hitler." Anybody ready to place a wager on the outcome?