The Path to Truthiness 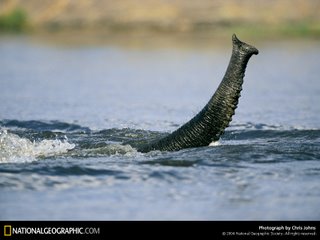 Stealth Swiftboat Wearing Corporate Business Suit...
Today, Think Progress posted information on the “docudrama”, “The Path to 9/11” that will air on ABC on September 10 and 11. Written by conservative Cyrus Nowrasteh, the film is being promoted on ultra-rightwing sites across the web. (Part of a 9/11 TV blitz.) Director, David Cunningham, is hedging on the film's accuracy, asserting “this is not a documentary”, though it's being promoted as “based on The 9/11 Commission Report.” Very Truthy, indeed.

William Rivers Pitt's excellent perspective piece posted at Truthout, Clinton, 9/11 and the Facts, a MUST READ, sharply contrasts this “drama” with the reality of Clinton's aggressive anti-terrorism programs, revealing the truth of the GOP's castration of Clinton's efforts to protect the nation. A tiny morsel:

In fact, Gramm was compelled to kill the bill because his most devoted patrons, the Enron Corporation and its criminal executives in Houston, were using those same terrorist financial networks to launder their own dirty money and rip off the Enron stockholders. It should also be noted that Gramm's wife, Wendy, sat on the Enron Board of Directors. (Read the rest...)

To Do List: Read the full article, and those that follow to get armed with the facts. Write to ABC-Disney. Call ABC-Disney. Tell them that Fox's nose-dive is contagious, and that you will boycott them and their advertisers forever if they deliberately mislead the American public by airing this “drama.” Keep your eye on Source Watch, and keep your feet on “The Path to Democracy!”
Related Links:
Digby's Hullabaloo: Disney and the Dobsonites
Think Progress: ABC Plans Massive Free Distribution
Truthdig: Top Former Counterterror Official Blasts ABC 9/11 Docudrama
Open Letter to ABC -links to lots of action you can take! A super effort.