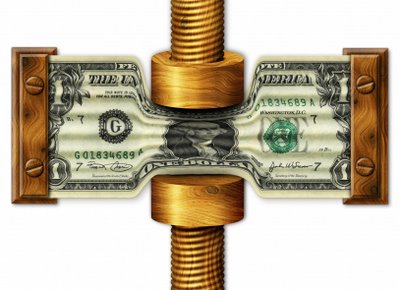 The Army's top officer withheld a required 2008 budget plan from Pentagon leaders last month after protesting to Defense Secretary Donald H. Rumsfeld that the service could not maintain its current level of activity in Iraq plus its other global commitments without billions in additional funding.

So pay up or pull out.

Schoomaker failed to submit the budget plan by an Aug. 15 deadline. The protest followed a series of cuts in the service's funding requests by both the White House and Congress over the last four months. According to a senior Army official involved in budget talks, Schoomaker is now seeking $138.8 billion in 2008, nearly $25 billion above budget limits originally set by Rumsfeld. The Army's budget this year is $98.2 billion, making Schoomaker's request a 41% increase over current levels.

A rather hefty increase.

...Some Army officials said Schoomaker expressed concern about recent White House budget moves, such as the decision in May to use $1.9 billion out of the most recent emergency spending bill for border security, including deployment of 6,000 National Guard troops at the Mexican border. Army officials said $1.2 billion of that money came out of funds originally intended for Army war expenses.

Sounds like more Bush mismanagement. And the timing is fascinating:

Rumsfeld has not set a new deadline for the Army to submit its budget plan. The Army official said staffers thought they could submit a revised plan by November, in time for President Bush to unveil his 2008 budget early next year.

So, is this an election year trap for the Dems? If the Dems oppose the spending, then they are weak on terror, and if they support the spending, then they are hypocrites and wrong to criticize Bush about the war? Classic double bind. How to cut loose? I would call it like it is: More Bush failed war policy. More Bush budget mismanagement. More Bush political theatre. More Bush misuse of our military people, who are risking all for an illegal war that is based on lies and happens to be making a hefty profit for Bush and friends. And I'd do it now, not later.