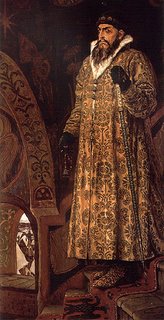 George W. Bush has been described as the Worst President Ever, at first just by his opponents on the left, then increasingly by moderates. Lately even some self-described Republicans and many conservatives have grudgingly admitted this to be a fitting epithet. If a bill currently under consideration enters into law we will have to enter Bush and his administration into a whole new league. This bill will put Bush in a class with the worst leaders of any country anywhere, at any time in recorded history. 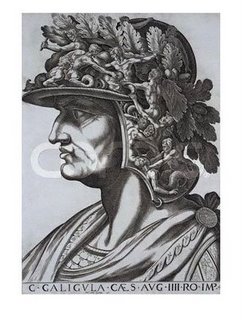 Move aside Gaius Caligula, Ivan the Terrible, Vlad the Impaler, Josef Stalin and Adolph Hitler. Give George Bush some room on history's stage of infamy. Take your hats off Marquis de Sade, Augusto Pinochet, Pol Pot; you are mere pikers compared to this monstrous tinpot despot.
None of the above took a country with a two-centuries-old tradition of freedom, a nation defined by that freedom, "a nation of laws not men" and redefined it in the worst possible terms. For that's what this bill does. 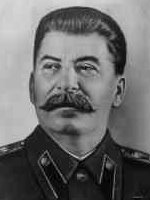 Sold to the nation as yet another 'vitally necessary' anti-terrorist provision, it is better known as the detainee treatment act, but more accurately portrayed as The Torture Bill. Les Enragés.org's own Jump to the Left, currently 'too mad to blog', called it "The War Crimes Protection Bill", but I think she was just a little off the mark. Probably too mad. I think The War Criminals Protection Bill hits the bullseye. 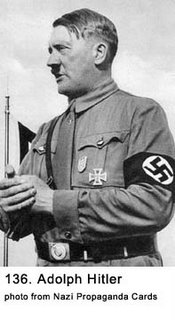 What is it about this bill that makes it so heinous? Well, everything. Here, from a New York Times editorial, are the key provisions: to start, "a blanket waiver for crimes Americans may have committed in the service of his antiterrorism policies." A waiver that includes crimes already committed, an afront to the principle that a law cannot be made to apply to acts prior to its passage (ex post facto, in legalese.) Americans that include Bush, Vice President Dick Cheney, Donald Rumsfeld, Alberto Gonzales, and an undetermined number of war criminals to be named later. Let's see what else this preposterous bill provides for: (below the fold)

Enemy Combatants: A dangerously broad definition of “illegal enemy combatant” in the bill could subject legal residents of the United States, as well as foreign citizens living in their own countries, to summary arrest and indefinite detention with no hope of appeal. The president could give the power to apply this label to anyone he wanted.

The Geneva Conventions: The bill would repudiate a half-century of international precedent by allowing Mr. Bush to decide on his own what abusive interrogation methods he considered permissible. And his decision could stay secret — there’s no requirement that this list be published.

Habeas Corpus: Detainees in U.S. military prisons would lose the basic right to challenge their imprisonment. These cases do not clog the courts, nor coddle terrorists. They simply give wrongly imprisoned people a chance to prove their innocence.

Judicial Review: The courts would have no power to review any aspect of this new system, except verdicts by military tribunals. The bill would limit appeals and bar legal actions based on the Geneva Conventions, directly or indirectly. All Mr. Bush would have to do to lock anyone up forever is to declare him an illegal combatant and not have a trial.

Coerced Evidence: Coerced evidence would be permissible if a judge considered it reliable — already a contradiction in terms — and relevant. Coercion is defined in a way that exempts anything done before the passage of the 2005 Detainee Treatment Act, and anything else Mr. Bush chooses.

Secret Evidence: American standards of justice prohibit evidence and testimony that is kept secret from the defendant, whether the accused is a corporate executive or a mass murderer. But the bill as redrafted by Mr. Cheney seems to weaken protections against such evidence.

Offenses: The definition of torture is unacceptably narrow, a virtual reprise of the deeply cynical memos the administration produced after 9/11. Rape and sexual assault are defined in a retrograde way that covers only forced or coerced activity, and not other forms of nonconsensual sex. The bill would effectively eliminate the idea of rape as torture.

You may think me an alarmist, but the combination of allowing secret, coerced evidence is the part that scares me the most. That would mean you could be accused, arrested, held, tried and even convicted on evidence produced by torture. And the Bush administration would not even have to reveal that that is where the evidence came from. That is the scariest part.

No wait, this part is even scarier: "allowing Mr. Bush to decide on his own what abusive interrogation methods he considered permissible. And his decision could stay secret." Think about it. You torture someone, but you want to have your methods remain forever secret. How does one accomplish that? In the dictatorial banana republics of South America such 'witnesses' came to be known as desaparecidos. You shouldn't need to know Spanish to translate that.
TAGS: Constitution, Detainees, Torture, Malfeasance, War+Crimes
LINKS: Glenn Greenwald: Legalization of Torture