WE MUST NOT TORTURE 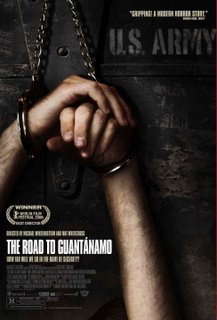 I had a beloved uncle, long dead now, who served as a Chaplain in the military during WWII. He spent most of his time in the Japanese Theatre, and the horrors he witnessed stayed with him throughout his life. As he approached his final night, he forgot most things that happened the week before, but he always remembered man's inhumanity against man, and the recollections were vivid, drenched in the color of blood. When his sleep and waking hours were inundated with the memories of those men and women he saw tortured, he cried. They were the tears of old men that know that death is near, yet they were never tears of self-pity. He cried for those who were tortured. He even cried for those who tortured. He never forgot. I don't know if he ever forgave anyone, as he didn't think it was his place to forgive. But I know this. He never straddled the fence on torture. It was wrong. It was inhuman. It destroyed the mind, the body and the soul. And now I honor him by posting this essay on why we must never torture. Anyone. For any reason. Ever.
According to the Geneva Convention relative to the Treatment of Prisoners of War
Adopted on 12 August 1949 by the Diplomatic Conference for the Establishment of
International Conventions for the Protection of Victims of War, held in Geneva
from 21 April to 12 August, 1949 and entry into force 21 October 1950, Article 3 states the following:

"In the case of armed conflict not of an international character occurring in the territory of one of the High Contracting Parties, each party to the conflict shall be bound to apply, as a minimum, the following provisions:

1. Persons taking no active part in the hostilities, including members of armed forces who have laid down their arms and those placed hors de combat by sickness, wounds, detention, or any other cause, shall in all circumstances be treated humanely, without any adverse distinction founded on race, colour, religion or faith, sex, birth or wealth, or any other similar criteria.

To this end the following acts are and shall remain prohibited at any time and in any place whatsoever with respect to the above-mentioned persons:

(a) Violence to life and person, in particular murder of all kinds, mutilation, cruel treatment and torture;

(b) Taking of hostages;

(d) The passing of sentences and the carrying out of executions without previous judgment pronounced by a regularly constituted court affording all the judicial guarantees which are recognized as indispensable by civilized peoples.
2. The wounded and sick shall be collected and cared for.

An impartial humanitarian body, such as the International Committee of the Red Cross, may offer its services to the Parties to the conflict.

The Parties to the conflict should further endeavour to bring into force, by means of special agreements, all or part of the other provisions of the present Convention.

The application of the preceding provisions shall not affect the legal status of the Parties to the conflict."

We hear that old, tired argument that we have a known terrorist in captivity. This terrorist is planning on detonating a nuclear bomb in the US. We know exactly when this bomb is going off. We know every detail except where it is located. What kind of fantasy is that? If we know all these things, then why in the hell don't we know WHERE the bomb is? It's a neocon fantasy, straight from the TV show "24".

We are told that we must torture this terrorist to get the information to SAVE LIVES. But torture doesn't work. It takes weeks, sometimes month, of unbearable agony for an answer by the tortured to be given. And at that point, the tortured will say ANYTHING to get the torture to stop.

This goverment wants to torture "enemy combatants" by using waterboarding, in which you believe you will drown and which can cause organ failure. The torturers use vicious dogs to terrify, sleep deprivation to make the mind shut down, squatting or hanging in extremely painful positions for hours on end, freezing or searing hot temperatures, refusal of general medical care, and of course, the dreaded psych ops. Our doctors, never mind their Hipocratic Oath, have figured out how to tap into someone's deepest fears, and they have honed and tuned that ability to bring a prisoner into complete submission.
Our "enemy combatants" are not even allowed to commit suicide, their only option for escaping their hell on earth. They are revived, force-fed and then the torture begins again.
I reject torture. There is no middle ground. You are either against it or for it.
But most of all, I agonize that this government carries out torture in my name. And it does so in your name, too.

This I say. You will not torture. Not in my name. May God forgive you. And if he doesn't, may you face justice at The Hague someday.