On Our Knees: Paying and Waiting for Surgery

So again, what is it with the Canadians and knee surgery?

Don’t get me wrong. I understand that knee and hip surgeries are quality-of-life-savers.

My grandmother, who lived alone in the house she’d lived in since the 1930s, fell off her back porch on New Years Eve in the late 1980s. She came to with her foot next to her head. She dragged herself up the stairs, back into the house, through her kitchen and to the phone in the livingroom. But she was never the same afterwards — something that doctors say is often the case for seniors after breaking a hip.

When the actually-elected President Bush had his hip surgery, CNN quoted a doctor saying, “Some patients can't walk from a chair to a bed, but with surgery we can make them almost normal and take away their pain."

So for the sake of those who need it, I’m glad the Canadian prime minister and provincial premiers targeted hip and knee surgery as being two of the country’s five “priority” surgeries — reducing waiting times by increasing surgeries. But I’m also thankful because those waits gave ammunition to the enemies of equitable healthcare in the States — leaving people like me sputtering that no system can possibly be perfect, considering that humans are in charge, but that Canada is doing a lot better than we are.

A major study published in the Journal of the American Medical Association in 1996 found the operation was cost effective. It found the average lifetime savings of a hip replacement is $117,000. The difference is largely due to savings in nursing care.

“Unless, of course,” muses the health insurance CEO, “you simply eliminate the nursing care...”

That increase in surgeries in Canada was part of a $41 billion agreement between the provinces and the national government that brought wait times down by 20 percent in Ontario, according to a Globe and Mail story.

Some Canadians travel abroad for surgery instead of waiting. Bob McDonnell, a high-school teacher, decided to have his surgery done in “the popular medical tourist destination” of Chennai, India.

The Ontario government reimbursed McDonnell for his surgery, but not for travel and lodging. Seems like he should have been reimbursed for that as well, since he was looking at a wait of two and a half years in Ontario.

However, waiting times vary widely, with the queue at St. Joseph's Health Care, London, being the shortest in the province, with 90 per cent of patients obtaining their hip-replacement surgery in 41 days. Compare that to Lakeridge Health Corporation in Oshawa, where Mr. McDonnell was queued: 90 per cent of patients had their surgery done in 370 days, during the same period.

SadButTrue, an Unruly Mobster who is also over at Friendly Neighbour, notes that it would be interesting to compare the out of pocket costs for hip-replacement patients on either side of the border.

It would also be interesting to learn how many Americans simply don't get the surgery because of costs. The biggest medical tourism company, MedRetreat, is U.S.-based. Don’t think those Indian surgeons do knee surgery only on Canadians — and other surgeries as well. 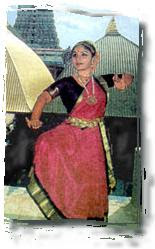 Incredible Savings Why do people travel abroad to undergo medical procedures? The answer is simple...Affordable healthcare. Not to mention a little peaceful relaxation in complete anonymity.

Alain Enthoven, senior fellow at the Center for Health Policy in Stanford, Calif., tells The Christian Science Monitor that "Global healthcare is coming and American healthcare, which is pricing itself out of reach, needs to know there are alternatives…"

The number of Americans heading overseas for care is just part of the country's healthcare crisis. The National Coalition on Health Care (NCHC) says that employers' health insurance premiums have risen 73 percent and average employee contributions have risen 143 percent since 2000. I've seen higher numbers, more than 85 percent for employers. The Monitor reports that rising costs stem from poor management, inefficiences, waste, fraud, and lack of competition — or at least that's true according to "critics."

(And what do "fans" of U.S. healthcare say? And why do mainstream reporters always feel they have to coach truths in terms of what "critics" say?)

Going overseas for expensive medical services, such as heart bypass surgery, cuts into U.S. hospitals profit centers - such as heart units - that underwrite emergency rooms and indigent care. "[Global healthcare] will limit the amount of money that's available for everybody else to have access to the system and starts to jeopardize access to healthcare for everybody in the community," says Don Dalton, a spokesman for the North Carolina Hospital Association.

The Americans oblivious to this are still the politicians, many of whom — ex-presidents and Indiana lawmakers, for instance — enjoy gold-plated coverage for life. Now if it's good enough for public servants, wouldn't it be good enough for average citizens too?