The Toxic Mixture of Corruption and Secrecy 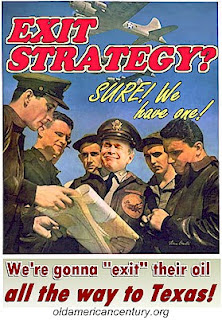 This Story in the Washington Post had me rushing to update The Growing GOP List of Shame this morning - the putrid fallout of the Duke Cunningham bribery scandal now landing on former CIA official Kyle 'Dusty' Foggo and Brent Wilkes, a California defense contractor bloody-handed war profiteer. It is an old familiar story with the GOP, the best government money can buy being bought and paid for at the taxpayers' expense - dirty business as usual, with the sordid 'hookergate' aspect of it thrown in for good measure.

"The CIA's former executive director and a defense contractor were indicted yesterday by a San Diego grand jury for allegedly corrupting the intelligence agency's contracts, marking one of the first criminal cases to reach into the CIA's clandestine operations in Europe and the Middle East.. ..The 11-count indictment states that Wilkes subsidized meals and lavish vacations for Foggo and his family in Washington, Hawaii and Scotland and promised to employ Foggo after his retirement from the CIA. It also accuses Foggo -- a former ethics official in two divisions at the CIA -- of improperly providing classified information to Wilkes about the CIA, his contracting competitors and 'other matters.'.. ..Last year the probe led to a prison sentence for one lawmaker, Rep. Randy "Duke" Cunningham -- who, the government said yesterday, used two prostitutes financed by Wilkes."

There is one aspect of this case that I would like to highlight, reported on but not given enough weight by the Washington Post, in my opinion.

"The case involving Foggo is unusual because all of the contracts at issue are classified. But the indictment makes it clear that the agency was allegedly bilked when it wound up paying 60 percent more than it should have for water supplied by a company affiliated with Wilkes to CIA outposts in Afghanistan and northern Iraq."

This is very disturbing when you consider the pervasive and shadowy, unaccountable power of the Military Industrial Complex in the USA. Apparently, the perpetraitors (spelling deliberate) thought the classification would act as a shield to hide their crimes. The Bush administration is of course the most secretive in US history, and we must attribute much of that to cover-up for crime rather than legitimate national security. As testimony in the Libby trial revealed, Dick Cheney even had his own illegal system of classifying documents!! I mentioned this in a different context a few posts back, but it bears repeating here.

A couple more points - in Crooks and Liars' piece on this matter yesterday, Nicole Belle makes note of the fact that the federal prosecutors outrage (Assault on Justice-Les Enragés, Jan. 20) connects to this case. "Alberto Gonzalez went out of his way to try to derail this." And Down With Tyranny describes Foggo as "Bush's eyes and ears (and grabby hands) inside the CIA– he was a political operative and hack." So, seeing as how Foggo is well connected to the BushCo™ power grid, and possibly being protected by personages as high up as the Attorney General, this can't be seen as a small-time one-off incident. It is more likely the tip of a very large iceberg of corruption. But, shhhhh... ... it's a secret.

Secrecy and corruption go hand in hand. It certainly has helped the Military Industrial Complex's bottom line, at the expense of the rest of the country.