Surge is a Sham

And Everyone Knows It

Tonight, in an address to the nation, the President will reveal his plan for Iraq.

This morning Edward Kennedy revealed his.


I'm going with Ted on this one.

It's a waste of breath to even talk about this. First of all, "surge" is a ridiculous term for whatever the hell Bush thinks he's doing. Second, 20,000 troops--the amount he's widely reported to be sending--will accomplish nothing other than the addition of 20,000 targets to the country.

From an interview with Leslie Gelb of CFR:

Leslie H. Gelb: I was fascinated in reading Cobra II, the new book by Michael R. Gordon, the chief military correspondent of the New York Times, and retired Marine Lt. Gen. Bernard E. Trainor, where they quote a number of the generals or colonels who are critical of the planning for the war on the record, which is unusual, I thought. 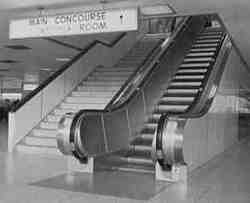 Bernard Gwertzman: Yes, very. It shows the degree of their frustration, because all the military planning over the course of a dozen years for Iraq—and that's how long the planning has been going on there—showed you need at least 300,000 troops on the ground in order to provide basic security. And almost all of it also showed that you needed to keep as much of the Baathist-dominated army intact, after military victory, to support those 300,000 troops. But what we had was about 125,000, and virtually no Iraqi army. So, you know, this was at least—at least—400,000 or 500,000 troops short of what the planning said was necessary.

Unless these 20,000 troops have the killing power of 20 troops apiece, this ain't gonna work.

So, we're left with the only remaining possibility. Bush is playing us. No surprise there, but it seems clear that Bush just wants to hang on long enough to pass the buck on to Barack Obama when he takes over in 2009.