Through a Mirror Darkly 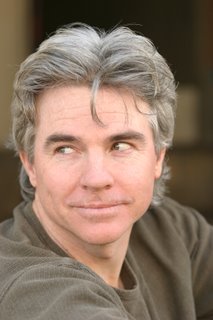 SadButTrue's story about the much-maligned Canadian health care system saving the life of a friend with lymphoma has its dark mirror in my brother Paul's story.

Paul died this past summer, one of more than 18,000 Americans who die every year whose deaths can be linked to their lack of health insurance. That makes it the sixth leading cause of death for people between the ages of 25 and 64 in the United States. That's the equivalent of six 9/11s every year. And it's just as senseless.
I've begun sharing Paul's story, and news regarding health care reform in the United States, at my blog, Ave Cassandra. I'm grateful for the opportunity to share it here at Les Enragés as well.
It was the last Sunday in July, and Paul thought he'd eaten something bad. Or maybe it was the stomach flu.

The next day my other brother Curtis stopped by to find Paul curled up on the couch worrying about whether it would be less expensive in the long run to go to an emergency room or to a doctor.

Self-employed and with a baby on the way Paul could not afford decent health insurance for himself, although he made sure his pregnant fiancée and their baby were covered. The most recent numbers for California show that health insurance for a family of four averages about $11,860 annually.

Paul was a hard-working photographer, caterer, and film-maker — he played "Snake" in "The Real Old Testament," a mockumentary he created together with Curtis that won awards at film festivals around the world.

Tuesday at dawn, he and Sarah finally went in to the nearby UCLA Santa Monica Medical Center. Classic appendicitis. But when they gave him a CAT-scan the doctor decided it looked more like diverticulitis.

Although Paul had been vomiting for two days, they sent him home early in the afternoon with antibiotics he couldn't keep down and advice to follow up at the county hospital, in a far-away and unfamiliar part of town.

Standard procedure, we've been told, would have been to admit Paul, since diverticulitis and appendicitis are so easily misdiagnosed for one another, and because that mistake can be deadly.

They gave him another CAT-scan and talked some more about transferring him to county.

They evidently did not compare the two CAT-scans, which showed a dramatic and frightening disintegration of Paul's condition. If they had, the surgeon told us, surely he would have been rushed into surgery. Studies show that the uninsured do not get as good care in American hospitals as do insured people.

Paul finally went into surgery Wednesday mid-morning. His ruptured appendix was the worst the surgeon had ever seen. Paul died, at age 45, a little after midnight, on Thursday, August 3, 2006. 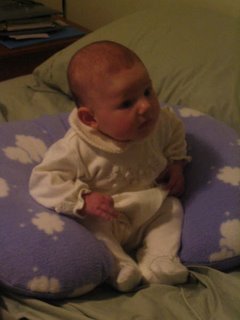 I cannot explain how much we miss him. We were not ready to say good-bye.

His baby daughter was born this autumn.

We so need universal health care in this country. Paul shouldn't have died.

Paul's widow has spent months beating herself up about why she didn't insist, in the face of his balking, on him going to the hospital. But how could she have known? We've all learned to turn away from those what ifs. When my husband reported to me — calling from visiting L.A. from Denver — that Paul and Sarah had canceled dinner due to some kind of food poisoning or something, why didn't I call? Maybe I would have realized it was more than something he ate. My husband kept saying after Paul died that he should have insisted on going over, that he might have realized it was appendicitis, seeing as he'd had it himself a few years back. Paul's symptoms were classic.

And all the if onlys in the world won't bring Paul back.

Americans need health care reform. Our lives depend on it. We deserve to join the rest of the developed world and provide our citizens affordable, basic health care. We're already paying for it, after all.

Every other industrialized country in the world spends far less per person on health care than we do in the United States. And they cover everyone. Their outcomes for many medical conditions are better than ours. Their life expectancy is longer and infant mortality rates are lower. Their people see doctors more frequently. Waits for surgery, depending upon the country, are less than ours. They are more likely to have had the same doctor for more than five years. Far greater percentages of them are satisfied with their national health care.

Even the supposedly beleaguered Canadians, with their under-funded system, say they're more satisfied. Only 8 percent say they’d trade theirs for ours.

The time is right for the United States to legislate universal health care. We can't allow ourselves to be swayed by the expensive television ads designed to frighten us. The health care industry is the single biggest lobbyist on Capital Hill. In the years leading up to 2003, the ten top pharmaceutical companies made more in profits than the other 490 Fortune 500 companies combined. There’s a lot of money at stake.

But a look at Sweden, France, Italy, Germany, and every other industrialized country should reassure us. Universal healthcare isn’t frightening.

The scary thing is already here. And it's at our expense.

Here's an excerpt from the song that a friend composed and sang at Paul's memorial:

Someone's having fun and it seems at our expense...

the things you don't need, you can always hold and touch
and the ones that disappear are the ones that mean so much
and its so funny we're in tears
and will be for years and years
no lesson learned, no wisdom gained
it's so funny that we're in pain

though every story is a treasure, and every memory gold
we'd trade them all away to watch our friend grow old
so he could laugh once again at the absurdity of life
and be a father and a husband to his daughter and his wife...