Is Regent University Branching Out? 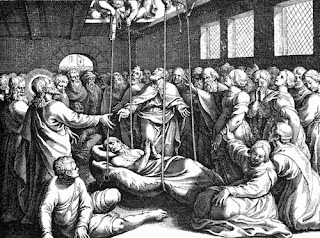 Recently considerable attention has been given to Monica Goodling's alma mater, Regent University.

Monica Goodling, the Department of Justice official who said Monday that she'll invoke the Fifth Amendment rather than talk to lawmakers, is a frequent figure in department e-mails released so far as part of the congressional investigation into the firings and hirings of U.S. attorneys.

Goodling, 33, is a 1995 graduate Messiah College in Grantham, Pa., an institution that describes itself as "committed to an embracing evangelical spirit."

She received her law degree at Regent University in Virginia Beach, Va. Regent, founded by Christian broadcaster Pat Robertson, says its mission is "to produce Christian leaders who will make a difference, who will change the world."


Well it seems they have been doing that, though the changes they are making to the world don't seem to be anything of which Regent is particularly proud. Until very recently, the official Regent website boasted of '150 graduates serving in the Bush administration.' You won't find that claim by clicking the above link, you'll have to go to the cached version. Maybe Regent expunged this information due to the apprehension that many of these grads could well be facing criminal charges in the near future. Or could it be that Ms. Goodling's refusal to appear before Congress by invoking the Fifth Amendment reflects poorly on Regent's Law School? You see, invoking the fifth is something that is usually done on the stand, and in response to a particular question. It has never to my knowledge been used before to allow a potential witness to simply not show up. That would normally be considered as contempt.

The Boston Globe ran a very informative profile last week on Regent, including this snippet from one of their law classes;

The title of the course was Constitutional Law, but the subject was sin. Before any casebooks were opened, a student led his classmates in a 10-minute devotional talk, completed with "amens," about the need to preserve their Christian values.

Hmmmm.., sin is FUN .. and EASY?!? Who knew and wasn't telling me? I'll have to look into that later, it really does sound appealing. But I digress. It seems that serious and lengthy discussions on whether it's better to burn a witch right away or to bind her in a sack first and throw her in a nearby pond don't leave much room for things like the Bill of Rights. Whatever, how important can it be if it's not in the Gospel according to Josh?

Because Goodling graduated from Regent in 1999 and has scant prosecutorial experience, her qualifications to evaluate the performance of US attorneys have come under fire. Senator Sheldon Whitehouse, Democrat of Rhode Island, asked at a hearing: "Should we be concerned with the experience level of the people who are making these highly significant decisions?"

And across the political blogosphere, critics have held up Goodling, who declined to be interviewed, as a prime example of the Bush administration subordinating ability to politics in hiring decisions.

"It used to be that high-level DOJ jobs were generally reserved for the best of the legal profession," wrote a contributor to The New Republic website . ". . . That a recent graduate of one of the very worst (and sketchiest) law schools with virtually no relevant experience could ascend to this position is a sure sign that there is something seriously wrong at the DOJ."

D'ya think?!? If all it takes is knowing the secret handshake and a phony piece of paper from a law school with a something less than exemplary pedigree? Regent, "is ranked a "tier four" school by US News & World Report, the lowest score and essentially a tie for 136th place." Where did these guys come from?

The Regent law school was founded in 1986, when Oral Roberts University shut down its ailing law school and sent its library to Robertson's Bible-based college in Virginia. It was initially called "CBN University School of Law" after the televangelist's Christian Broadcasting Network, whose studios share the campus and which provided much of the funding for the law school. (The Coors Foundation is also a donor to the university.) The American Bar Association accredited Regent 's law school in 1996.

Wow, that's right up there with Sun Myung Moon's newspaper, The Washington Times, whose advertisements boast of an ink that is less likely to rub off on your hands as you read it - which feature is probably necessitated by the chronic drooling of its readers.

Here's the thing. The latest news on the prosecutors purge is all about the Mysteriously Missing E-mails, which brings up an interesting question. Are the White House and/or DoJ being supplied with IT (Information Technology) personnel trained at Regent University? Because the incompetence require to lose over 5,000,000 emails is biblical in proportions, comparable in fact to the infamous Hebrew guide who led his hapless tour group around the desert for a full 40 years. I have these strange thoughts of a class being taught in Faith Healing for Appliances, 101. Let's listen in on the instructor;

All right clayuss, try to foller along. Put yer right hayyyunnd on the Wholly Buyable. That's it. Now, put yer left hayyyunnd on the computer monitor. No Josh, the monitor, not the mouse. Do yeh want to burn out the USB port uhgayin? Okay, now everybody say a little prayyurr. All together now, 'In the nayyyummm of the Lowurrd Jayissusssuh, I commayyund yew, FDISK!!' No, Josh FDISK, not FORMAT. How many times do I have to tell you?