Gonzo: "The Dog Ate My Homework" 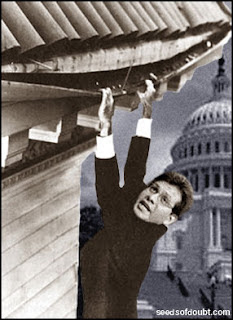 Last Sunday I said about Alberto Gonzales, "Under the stern glare of Committee Chairman Patrick Leahy he will squirm, blink, sweat, cough, and fidget like a truant in front of the high school vice principal." Well, he certainly didn't disappoint - with 45 instances of 'I don't recall' before the panel broke for lunch! He did badly, so badly that he generated the following reviews;

- "he went down in flames. Crashed and burned."
- "he certainly didn't do anything to help his own cause."
- "it was like watching a baby seal being clubbed to death."

And that's just what the Republicans were saying. But it was anticipated that he would have a rough time. His prior statements had already been overwhelmingly contradicted by prior testimony from his own aides, people like his own former chief of staff D Kyle Sampson and by considerable documents released to the Judiciary Committee. He had a lotta 'splainin' to do going in.

Without going into great details, the simplest characterization of the hearings would be to compare it to a worm trying to wiggle of a hook. The 'fake news show' The Daily Show did a better job of illuminating how well he did at that than the only other coverage (if it's even worthy of the word) I watched, which CNN managed to squeeze into their continuing coverage of the VT massacre three days after it has become a moot point.
Gonzo-Gate (courtesy of Politics TV)
More video of the actual hearing is available from Politics TV (Great job of this, BTW) HERE. I understand they will be adding more videos as they can convert to Flash format.

The worst thing about this testimony, from Gonzales' point of view is that, painful as yesterday's performance was, he's STILL gotta lotta 'splainin' to do. For one thing, he is now contradicted not only by statements made by underlings - he has contradicted his own previous statements - and it's hard to deny that some of his testimony contradicts other testimony. Pretty hard not to do that when you're trying to simultaneously rely on a main theme of, "I was involved in the decisions, I approved the decisions, but I don't really know on what basis the decisions were made" leading, as Stewart points out to the mind-boggling assertion that, even though he has no knowledge of how things were done, he can assure us that it was all done properly.

If you want to focus on specifics it doesn't get any better for Gonzo. This article on the San Diego Union Tribune's website nicely deconstructs Gonzo's weak argument for the dismissal of Carol Lam. Sen. Diane 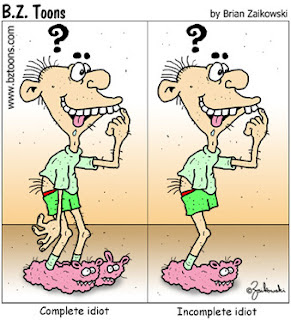 Feinstein naturally went after this in her questions to Gonzales - I think she made him look a complete idiot. Sen. Russ Feingold also did a nice job, focusing on the recent reversal of a conviction of Wisconsin state procurement supervisor Georgia Thomson. This story is one of those demonstrating the possible impropriety of at least one of the other 85 US Attorneys who were not dismissed. From TalkLeft:

According to one judge on the panel:

"I have to say it strikes me that your evidence is beyond thin," federal Appeals Judge Diane Wood told prosecutors. "I'm not sure what your actual theory in this case is."

From the Milwaukee Journal Sentinel:

Finally, the justice system has corrected itself and freed Wisconsin's unwitting political prisoner, Georgia Thompson. The former state procurement supervisor went to trial and to prison on the basis of evidence so flimsy it's scary. If such weak proof can put her behind bars, are any of us safe?

Is his quickness to put the heat on Democrats the reason he was spared in the purge of U.S. attorneys? Is he a "Bushie," as a White House aide called top prosecutors who toe the party line?

What are the people of Greater Left Blogsylvania saying in the testimony's aftermath? Josh Marshall at Talking Points Memo remarks how even the Republican party has abandoned Gonzales.

He's given people too many causes of termination to choose from. You can want him to go for subverting the federal justice system. Or if that's too much for you to handle you can say he should go for running Main Justice like some ungainly combination of a Young Republicans summer camp and Michael Brown's FEMA. And if even that creates too much collateral damage for you to deal with you can just say he should go for lying about everything that happened.

Paul Kiel at Muckraker notes how thin the Republican support is for Gonzo, and how the right wing media still manages to focus on those few still behind him. One key supporter is significant - the President. "President Bush was pleased with the Attorney General's testimony today. After hours of testimony in which he answered all of the Senators' questions and provided thousands of pages of documents, he again showed that nothing improper occurred." Yeah, right. At least FOX "news" will have something to report on the hearings.

Glenn Greenwald has a couple of good posts over at Salon, here and here. FireDogLake liveblogged the hearings, and posted a recap here. So what snowflake could I possibly add to this blogging blizzard? Just one observation, and a couple of follow-up questions that should have been asked (maybe they were and I missed them - I am not omniscient or anything.)

The observation is a simple one, and by no means unique. When all is said and done, Gonzales tried to fob responsibility for the Prosecutor Purge affair off on his staff, saying that he had no reason not to trust their judgement. It was they, not he, who made the evaluations of the prosecutors and decided who should stay and who should go. Here are my follow on questions to that;

#1 - How many of these top staffers you relied on were themselves chosen for being 'loyal Bushies', rather than for possessing any outstanding qualifications, experience or talent? How many Regent University grads like Monica Goodling were involved?

#2 - If you can't show us evaluations of the US Attorneys that justify their dismissal, could you show evaluations of your staff justifying the enormous trust you put in them to make these critical and potentially controversial decisions unsupervised?