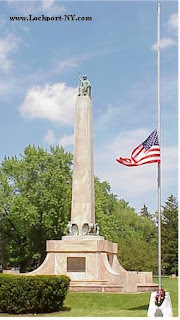 Today, Friday April 27, 2007 is the 1500th day since the beginning of the Iraq war on Mar. 20, 2003. U.S. military casualties are 3,337 dead, and 24,314 wounded, according to ICasualties.org. The number of dead is based on official statistics released by the DOD and does not include;There are no official numbers for Iraqi civilian deaths, but the organization Iraq Body Count gives a range between 62,570 and 68,593 as recently as yesterday of confirmed deaths. Considering that the Washington Post estimated 100,000 dead as of Oct. 29, 2004, one must concede that the actual number is simply impossible to nail down. One could conclude from this that the government callously doesn't care about the brown-skinned Muslim populace that they 'liberated' from Saddam's cruelty. They don't even bother keeping track of how many of them have been killed.

Anyone with an ounce of sense knows that there is no prospect of victory in Iraq, no matter how that victory is defined and redefined ad nauseum by the administration's supporters. Nor is there any hope of avoiding defeat, which can easily be defined as a situation less favorable than the status quo pro ante. It is certain that the lives lost can never be regained, nor the national prestige of the US for engaging in this boondoggle. The trillion dollars plus pricetag, most of it underwritten with loans from China, will take decades to repay.

And yet another milestone is approaching. On May 1, it will be four years since the Chimperor of the Empty Codpiece declared 'mission accomplished' on the deck of the aircraft carrier USS Lincoln. Silly ass son of a bitch parading around in a flight suit when he avoided his training as a pilot in the Air National Guard during the Vietnam war because he refused to show up and piss in the bottle to show he wasn't too stoned to take the controls. Revelations of the lies told about Jessica Lynch and Pat Tillman, so offhandedly cynical as to give a new definition to the word casualty - "someone whose life has been thrown away casually." Meanwhile, Bush listens to the lame comedy stylist Rich Little, who was already a has-been when Ed Sullivan was still on the air.

It has been said that the first casualty of war is the truth. Someone is going to have to wrest power from the hands of this madman before we see the last casualty. This after Donald Rumsfeld predicted the war would last, "six days, six weeks - I doubt six months." After 1500 days it is beginning to sound more like, "We have always been at war with EastAsia."