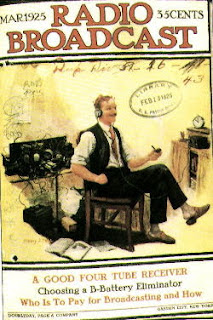 I've had a great time with Blog Against Theocracy Weekend, which for me was extended for a couple of days of reading terrific, provocative posts spanning the gamut of First Freedoms First issues. Now, back to blogging, but we're not going to stray too far from the nest for our first post-swarm post. Here's how the first amendment reads,

"Congress shall make no law respecting an establishment of religion, or prohibiting the free exercise thereof; or abridging the freedom of speech, or of the press; or the right of the people peaceably to assemble, and to petition the government for a redress of grievances."

The blogswarm has been all about the first 16 words of the amendment, known as the establishment clause. This post is about the next 10 words, which guarantee freedom of speech, and of the press. A number of things converged to compel me to address this subject. The one you're most likely familiar with is the controversy surrounding Don Imus' on-air idiocy. On top of that are a couple of items in my inbox, the first from Blue Gal,

"Thought you would want to see this and maybe even linky.
Ben Heine Silenced by DKos
Ben Heine is a Belgian Cartoonist. A Cartoonist, folks.
Where has this kinda censorship happened before? Huh?"

That's my private inbox. I got this from comments, which I think of as kind of my public inbox.

"hey sbt,
sorry to be off topic, but check this out:
(Link)"

The link goes to an Amy Goodman article in TruthDig called Take Back the Airwaves.

"As the TV pundits on the networks gab about the tens of millions of dollars raised by the top presidential candidates, what they don’t talk about is where that money is going: to their own networks.

These three items converge onto an issue so full of complexities that I hesitate to even approach it. Hopefully I can bring out some aspects that will provoke everyone to think it through themselves a bit. I'll start with my off-the cuff response to the TruthDig link, from comments, "The TruthDig article is right on the money, one of my top concerns - actually two - the overbearing influence of money on American politics, and the conflict of interest that DOES exist in a medium that accepts advertising dollars from the candidates."

To continue in that vein, most broadcasting facilities in America are owned by corporate interests who have other fish to fry than just the revenues they make from politicians on a cyclic basis. (meaning those revenues dry up when there is no pending election) They pay taxes, and face various forms of regulations, so it is in their interest to promote politicians that reduce any associated costs. In many cases the broadcast companies are in turn owned by larger corporations. An example of this is NBC, owned by General Electric. (I learned that from Dave Letterman) GE is a huge corporation, with major revenues coming from such things as supplying equipment to the military - guidance packages for smart bombs, that sort of thing. On balance, these concerns could far outweigh something as trivial as a few million dollars in advertising every couple of years. They might even be tempted to side with politicians who were pro-military, interventionist, and in favor of lower taxes, even if their opponents spent twice as much on campaign ads.

These circumstances apply to all the media; television, radio and print - to varying degrees from entity to entity. You might think the truth would stand as much chance in this environment as an elderly lawyer facing Cheney with a shotgun in his hands. There use to be something called the fairness doctrine, which required overtly political opinions expressed over the air to be balanced by someone with a differing view. That died in 1987.

Now we depend on broadcasters to be fair and balanced due to their respect for the fine traditions of journalistic integrity. The problem is, people like Don Imus, Rush Limbaugh, Bill O'Reilly etc. don't even pretend to be journalists, but most of their audience assumes that they are anyway. They self-identify as entertainers, commenters, editorialists, or that old standby, pundits. I don't think that word even existed in the days of real journalists like Edward R. Murrow, Walter Cronkite, or Huntley and Brinkley.

[There is a lot of difference between the legislative control that can be exerted over on-air broadcasting and cable or satellite broadcasting. The former is subject to regulation because of its dependency on a limited electronic spectrum or bandwidth - you can't have two Channel 5's in the same geographical area after all, their signals would interfere with one another. This makes bandwidth a precious commodity which has always been construed as belonging to the public and doled out to the broadcasters as a sacred trust. Cable and satellite can get around this technical restriction, and in so doing escape most of the government's regulative authority. This explains why you see so much of Janet Jackson's nipple on cable.]

Back to Imus. To me the biggest effect of this story has been that it has given the rest of the media an excuse to conduct their own senseless swarm over a relative non-issue. I can't believe how much airtime has been devoted to this over the last couple of days. Oh, yes I can. On top of the questions of who's Anna Nicole's baby's daddy and who has a chance to advance on American Idol, it's helping the Corporate Owned Media (COM) to push the real news (like White House illegal emails, for instance) off the headlines. And flash to CNN et. al. - it only takes 30 seconds to announce that charges have been dropped in the Duke lacrosse rape allegation case, not 25% of total airtime for 48 hours. How about mentioning the recently released scathing report on Walter Reed Hospital? Oh, right - that one makes Bu$hCo™ look bad. Or how about this story that totally yanks the rug out from under the DoJ's reasoning for firing David Iglesias? Oh, right...

What we have here is a failure to communicate the truth to the American people. That is serious business. Listen to Abe Lincoln on this one,

The thing is, the COM are trying to fool all of the people - by not bringing them the real facts. At least not the relevant facts. I would support Don Imus's right to spew whatever idiotic diatribe he likes. It is after all his First Amendment right to do so, and the best way to deal with an abuse of free speech really is with more free speech. But there's a problem with that.

More and more, free speech in America is being defined as 'money talks.' After Nixon was brought down, not by the FBI, not by Congress, not by the Department of Justice, but by the media, the right wing responded in a predictably slimy way. First, they bought up as much of the media as they could. Second, Reagan appointed head of the FCC Mark S. Fowler worked to abolish the fairness doctrine. Third, FOX "news" and a number of right-wing news consortia spent a lot of money and time on a relatively unknown Florida case to establish as a matter of law that they had a RIGHT under the first amendment to LIE to their audiences. That's right. No, that's very, very wrong. Sad, but true. PLEASE click the last three links - herein lies the oh-so-sad truth of how the first amendment is being interpreted in modern America. Lincoln would weep.

The complexity of this issue derives from the tension between First Amendment free speech guarantees and the necessity in a democracy, recognized by Lincoln, of the electorate being informed by the truth. As the Third link shows, the right wing are exploiting the first amendment in order to manipulate the American political arena. Swiftboat Veterans For Truth cynically relied on the First Amendment to get their message out, for instance. FOX "news" regularly exploits their position to act as a blatant propaganda arm of the GOP. How much of this form of freedom of speech can America stand before democracy itself falls?

As American journalist A. J. Liebling of the New Yorker magazine pointed out, "Freedom of the press is guaranteed only to those who own one." In modern times, the impact of YOUR freedom of speech can only be meaningfully measured against that of those who own, not just a newspaper, which is expensive enough - not even a chain of newspapers, but a freaking television network. Think about that. Here are a few more talking points for discussion.

"Paramount among the responsibilities of a free press is the duty to prevent any part of the government from deceiving the people and sending them off to distant lands to die of foreign fevers and foreign shot and shell."
-- Hugo L Black --
"War against a foreign country only happens when the moneyed classes think they are going to profit from it."
-- George Orwell --
"All media exist to invest our lives with artificial perceptions and arbitrary values."
-- Marshall McLuhan --
"Advertising is a valuable economic factor because it is the cheapest way of selling goods, particularly if the goods are worthless."
-- Sinclair Lewis --
"The American fascist would prefer not to use violence. His method is to poison the channels of public information. With a fascist the problem is never how best to present the truth to the public but how best to use the news to deceive the public into giving the fascist and his group more money or more power."
-- Henry A. Wallace, Vice President to FDR, 1944 --
The Danger of American Fascism