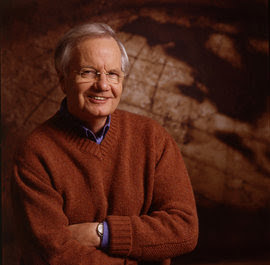 Bill Moyers' Journal on PBS last night was a ray of sunshine into a very dark place - the heart of the Corporate Owned Media (COM). Last night's piece was titled Buying the War, but could just as well have been called Selling the War. There is a point where complacency becomes complicity, and I think Moyers demonstrated that the COM went past that point a long time ago. Here's a snip from Glenn Greenwald's reaction today,

"..the documentary is -- in one sense -- a very valuable historical account of the corrupt behavior by our dominant political and media institutions which deceived the country into the invasion of Iraq. But on another, more significant level, it illustrates the corruption that continues to propel our political and media culture.

One of the most important points came at the end. The institutional decay which Moyers chronicles is not merely a matter of historical interest. Instead, it continues to shape our mainstream political dialogue every bit as much as it did back in 2002 and 2003. The people who committed the journalistic crimes Moyers so potently documents do not think they are guilty of anything -- ask them and they will tell you -- and as a result, they have not changed their behavior in the slightest."

For those of you who may have missed it, you can watch it here.