It's Not a Civil War

It's the Gates of Hell 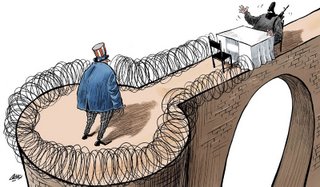 Jack Shafer has a nifty piece up on Slate called "How to Speak to a Republican... or a Democrat"(h/t Russ) about the battle over the proper nomenclature for the massive shit sandwich that is Iraq.

An excerpt, if you please:

In recent weeks, major U.S. news organizations have started using the phrase "civil war" to describe the unpleasantness in Iraq, prompting a brawl between liberal and conservative commentators.

Speaking on the left, Eric Boehlert derides the press for only now calling the mayhem a civil war. Boehlert accuses various organizations, which include NBC News, the New York Times, the Miami Herald, the Christian Science Monitor, and the Los Angeles Times, of accommodating President Bush by keeping the phrase out of their coverage for three-plus years. The administration abhors the phrase, preferring "sectarian violence."

Bush is looking for a new approach to whatever you want to call it. Remembering this sound advice will come in handy: 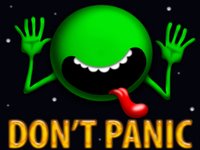 If you're still looking for some words to describe what's going on in Iraq that avoid the focus on bloody death and destruction, Mr. President, try 'Oil Grab'.

VIDEO: Bush focuses on "the way forward". Isn't it clear that these catch phrases are politically counterproductive? At this point, we can see the bullshit as they load it into the propaganda catapult.