A few weeks ago, in an article describing what to expect from the Republicans in the run-up to the midterm elections, we published this image, courtesy of Project for the Old American Century. POAC is a great site by the way, and a particularly rich source of terrific anti-BushCo™ graphics. 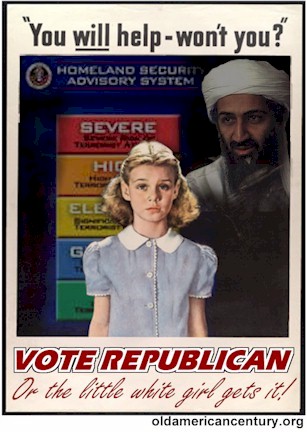 Now one might say that the message of this graphic is a little over the top, and that the Republicans would never stoop so low as the obvious fear-mongering propaganda portrayed here. One might say that, but one would be WRONG. Let's compare to the graphic below, from actual Republican campaign material. Not too much different, right? You can't parody these guys' corruption and slime, because to do so would be to exceed their amoral depravity. Hat-tip goes out to Pam, from Musings of a Working Mom. 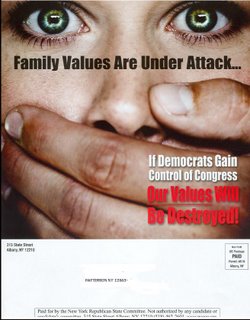 And while I'm mentioning POAC anyway, this is their current graphic depicting the standard campaigning technique of the GOP, which I noted on a visit over there to get their URL. 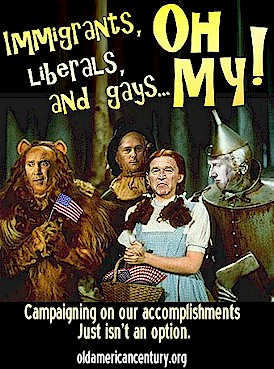 Anyone ready to say this one is over the top? I didn't think so.