...Bush Botched a War. And we have been paying for his mistakes with the blood of America's children, which has been running in the streets alongside the blood of Iraqi civilians--about 650,000 of them. 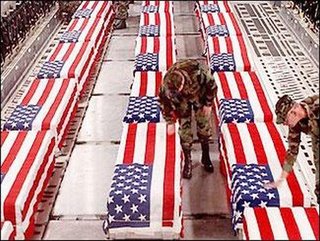 But let's do step back and put this in perspective, shall we? Compare Kerry's bungle (presented and disected by Keith Olbermann) to the words of the Commander in Chief and his chosen staff, which in contrast to the words of Senator Kerry, actually have caused irreparable and tangible harm to our troops: 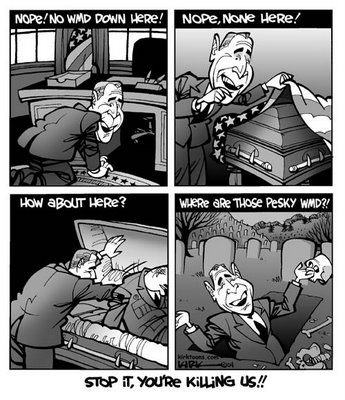 Oh, just for fun, shall we now take a look at the GOP take on Clinton's humanitarian, UN-approved involvement in Bosnia:Oh, you can just smell the GOP outrage against the injustice of deploying troops to bring humanitarian aid to Bosnia, with international support no less, and the righteous indignation over the poor strategic planning in Bosnia, where not one U.S. soldier died. The odor you smell, by the way, is that of virulent hypocricy and false patriotism mingled together in a morality vacuum chamber.

Bush recently revealed that controlling the oil fields was his reason for attacking and occupying Iraq. Recall that Cheney's Energy Taskforce, convened before we attacked Iraq, involved Iraq oil field maps. Any day now, the deal will be cut on control of Iraq's oil fields, involving the usual suspects (Bush's oil cabal). It's wrong to make money on other people's blood.

I ask but one question: Who needs to apologize to the troops?

I know how history will answer.