Democratic Diversity: A Curse in Disguise? 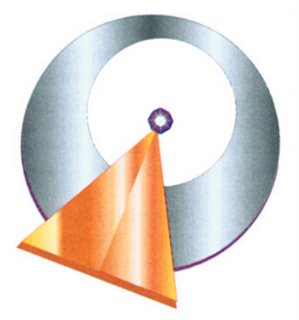 OK, let’s crunch the numbers: Democrats, without giving an inch, gained 29 seats in the House. In the Senate, the majority is as razor-thin as you can get.

Fractiousness and dissent within the ranks of the GOP, especially when public opinion on Iraq began to sour during Cindy Sheehan’s standoff in Crawford last year, characterized a party that was forced to do a gut check and decide if George W. Bush’s wagon was still worth hitching to. The divisiveness and infighting as Iraq proved to be the Republicans’ hair shirt, especially in the cases of Chuck Hagel, Lindsey Graham and John Warner, was alternately fascinating and troubling to a nation looking in vain for decisive leadership. The unity of a Congress that had given George Bush twice the forty billion he’d need to fight terror, a Senate that had voted 98-1 on the PATRIOT Act and a 77-23 split on the Iraq Resolution, had gradually eroded.

Now the Democrats will hold the Senate majority as well as the gavel in the lower chamber. Even the casual observer will note the even more conspicuous diversity on the left side of the aisle and I’m afraid said diversity may be less of a blessing and more of a curse.

The midterm elections provided American voters with many centrist and conservative Democrats, so it isn’t surprising nor coincidental that the Democrats who’d prevailed and picked up those crucial three dozen seats didn’t exactly wrench us hard to port. It would’ve been a naïve kneejerk reaction to call for radical liberals to overcompensate for what amounted to four years of all-powerful neoconservative, one party tyranny. Realizing this, potential candidates and grassroots organizations (and an increasingly robust netroots movement spearheaded by Daily Kos, Firedoglake, Atrios & etc.) deliberately fielded many moderate conservative Democrats. In other words, Democratic and Independent voters, unlike Republican voters, weren’t tempted to pack Congress with the neoliberals that hardly exist to begin with. (For another take on this phenomenon, check out NJ Barnes’ take on this in “The Democrats Strike Back.”)

But can these purplish to navy blue Democrats get on the same page, especially in the tight Senate, where the long dissenting vote could place a neocon agenda into the clutches of Dick Cheney?

Let’s take a look at two of the biggest gains in the Senate:

Jon Tester, about as independent a candidate as we’d fielded this election cycle, rejected the DNC’s help even though his battle against Conrad Burns was a tight one from wire to wire. Tester’s positions include an opposition to gay marriage, one that could prove to be dangerous considering the majority of the nation’s voters relaxed attitude toward it.

Webb? We all know about him. A former Republican who’d served as Secretary of the Navy under Ron Reagan, left the GOP for a number of reasons, the handling of Iraq being just one of them. Webb, as David Brooks reminds us, once wrote a book in which he’d glorified, by his own admission, trailer park trash, his people.

Then there’s Joe Lieberman, always the GOP’s potential X factor. Lieberman will never join the Republican party, despite him refusing to rule it out (didn’t we already go through this on again-off again, Mario Cuomo shit regarding him officially abandoning the Democratic party for an Independent party?) and this is why: If he joins the GOP (unnecessary to retain his seniority, since he’s already been guaranteed it), not only will he be reviled by the nation's liberals and moderates but he’ll be just another Republican. It would deny him his most successful persona: That of the Man of All Parties and None who’s the Great Facilitator in the Center Aisle. Anyone who was suckered in by his lip service about voting with the Democratic caucus (what was keeping him from doing that over half the time in the last 18 years?) deserves to be represented by this self-centered, fence-straddling jerk.

The DCCC’s official website reports that with 82% of precincts reporting, Tammy Duckworth is behind Roskam by 3.2% in IL-06, a Republican stronghold held by Henry Hyde for over 30 years. In OH-02, Jean Schmidt, clearly the most clueless and incompetent boob to get elected to Congress since Katherine Harris, a beneficiary of a solid red district, beat Victoria Wulsin by a mere 1%.

Sweetest of all, we now own the deed to Tom DeLay’s district (TX-22), once considered Holy Ground by the Powers That Were. Lampson’s winning by over 15% with 72% of precincts reporting. Same thing in Foley’s district, FL-16 (taken by Mahoney, another former Republican).

The storming of Republican strongholds by disappointed and disenfranchised voters tells two tales: The gates are being stormed but not so much by barbarians as centrist Democrats who really aren’t all that different from moderate Republicans. The 29 seat pickup and close shaves by Republican incumbents and challengers is the voters’ way of saying, There may be more where that came from.

Nonetheless, the microscopic victory margins in many of these races is the voters’ way of adding, These seats are on probation, so do it right this time.

Which brings us back to my original point: This diverse Democratic party must seek middle ground and means of compromise within itself before it can seek the same with a suddenly more moderate Republican minority. Some suggestions, although this list is not by any stretch of the imagination all-inclusive:

Barney Franks’ likely ascension as chairman of the House Financial Services Committee, a potentially powerful but lapdog committee that regulates how business is done on Wall Street, is quite promising. Frank (MA-04), long a proponent of the rights of the working man, must let his constituency know that the parade is not passing them by and that we the working class can be actively involved in, and benefit from, this economic growth that is largely benefiting the wealthiest 1%.

Henry Waxman, the California Democrat who’ll likely head up the House Ethics Committee, must, with Speaker in waiting Nancy Pelosi, reassure the American voter that the rule of law is inviolate, that we are indeed ruled by it and not out-of-touch men who are temporarily in power.

Oh, what to do about Iraq? I don’t recall a single Democratic candidate who was calling for an immediate withdrawal from Iraq. Most voters, in their wisdom, know that a cold turkey approach would be a disaster on all levels, in so many different ways. Think of America as an arrow puncturing an artery in Iraq. Pull it out and the victim bleeds out quickly. Leave it in, the body rebels against it and infection poisons the whole.

Gradual withdrawal of the arrow, stopping the bleeding while simultaneously trying to prevent infection, is the best alternative. The American voters, as well as our troops, as well as the Iraqi people and all people in the Middle East, need evidence of an actual exit strategy, however belated. We need to reinstate Iraqi reconstruction and democracy funding, the same funding that was pulled out from under Iraq’s feet after companies like Halliburton, Bechtel, KBR, the Parsons Group and a gazillion Republican-friendly companies had swilled their fill without doing the job. We need to reinstill whatever good faith we can salvage in the hearts and minds of the Iraqi people that we do not intend to bust up their country like an epileptic bull in a china shop and will hire reputable contractors to finish building those schools, hospitals, clinics, police stations, sewers, power stations and other parts of their infrastructure.

If John Murtha is installed as Majority leader as Pelosi wants, it’ll add a lot of conservative muscle, respected muscle, that can work with the Republicans in the various committees.

And this is my point: If recent criticisms by the likes of Warner, Graham and Hagel, as well as the dissenting Republican voices in the House are any indication, then it should be demonstrable proof to the new Democratic majority that the Republicans of the 110th session of Congress this January will be much more approachable than its belligerent, arrogant predecessors. With seven Republicans, six of them odious, out of the Senate, Harry Reid as Majority Leader should also have an easier time dealing with the right side in the higher chamber.

Bush will not be amenable to bipartisanship, so our hope, a very real one, will be to interface with and find common ground, with the less extreme Republican constituency in the legislative branch.

Lastly, the Democrats had better reassure the American voter that they’re willing to stick to their principles and to not kowtow to a hostile press that has demonstrated time and again that it’s harder on Democrats than Republicans. If the press tries to play the liberal card, they do so at their own risk, since they’ve been reporting pretty regularly that moderates and conservatives make up the bulk of the new crop of Democrats.

Common sense is not to be confused with liberalism, the Democrats can tell them. Unlike the GOP, hopefully we will have the courage to show America that we understand the true meaning of compassionate conservatism and that our diversity as a party is not a curse in disguise.