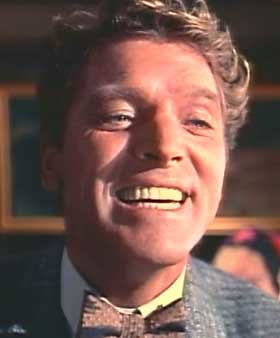 “I’m going to tell (the evangelicals) the five turning points in my life: accepting Christ, marrying my wife, having children, running for governor, and listening to my mother.” George Bush, September 1998

If George W. Bush wasn’t born, Sinclair Lewis would’ve had to invent him. For good measure, though, Lewis had already invented him when he created Elmer Gantry, thereby giving us an always timely prophecy of what to expect when America falls prey to yet another paroxysm of sweaty canvas tent evangelical revivalism and what can sprout from it like a noxious blossom.

The parallels between Bush’s naked hucksterism and Lewis’ masterpiece of satire has already been delved into more than once but I think, as election time draws near, we ought to revisit them and remind people of just how George Bush could’ve taught that other boozing, womanizing former college ath-e-lete-turned Methodist a thing or two in hypocrisy. The David Kuo book and Bush’s recent lapses in piety demand it, in fact.

Now, we all know after last month’s revelations from the former #2 man in Bush’s Office of Faith Based Initiatives that Bush’s dog-whistle to evangelicals in the late 90’s was really nothing more than sophisticated political tools to get out the Christian vote. I doubt that Bush was smart enough then to hit upon this himself but someone, somewhere along the way was able to tell him that Ronald Reagan had softened up America with his buddies in the Christian Coalition so that America was ripe for a religious revival. It was festering like a barely-closed zit ready to erupt. And like Gantry, the way was paved for George W. Bush, who came along at just the right place at the right time. 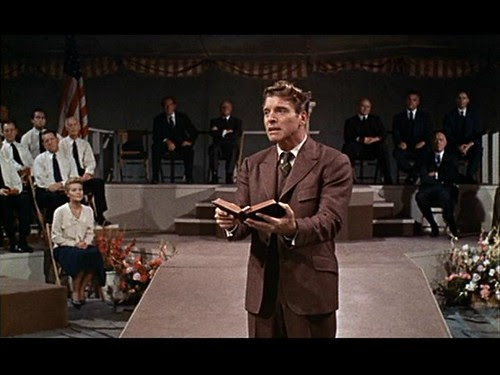 So out Bush went on the campaign trail blowing his little dog whistle and perking up the ears of the True Believers who were trained to listen to those sweet, sweet little words. Yes, brothers and sisters, I had sinned. I had sought answers, or avoided them, in the bottom of many a bottle until I was saved by our Lord and Savior Jesus Christ. But let us not talk of those dark, dark days and look, instead toward the future. 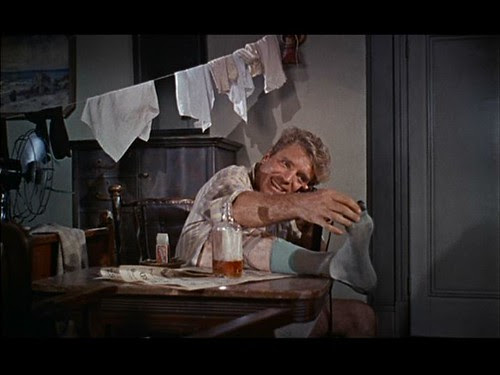 Of course, this is what blind faith in God and His instrument George W. Bush demands you overlook. Obviously, it helps to have snakes slithering all over you while in a fugue state and injecting their numbing venom inside you considering the ample evidence of President Gantry’s ongoing battle with the bottle and hardly-concealed hypocrisy. But Christians have always displayed a resounding resiliency when confronted with inconvenient truths. 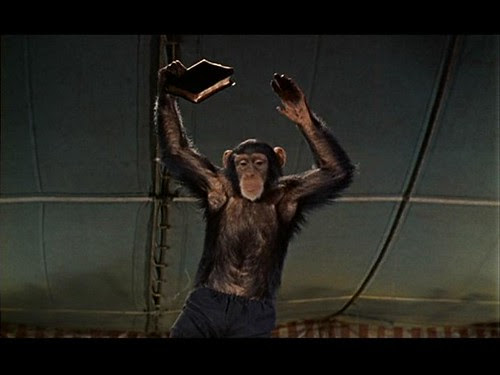 And you especially need that resiliency to overlook the literal and symbolic overtones when God’s chosen instrument goes out of tune in moments such as these. This is why they choose over evolution a belief that Eve was hacked out of the side of Adam like a cut of beef.

And, lo, a resonance was struck when the Anointed One, tapped by God to be President as surely as Dick Cheney tapped himself to be his Vice Presidential running mate, expounded on the evils of working class people striking for higher wages (which is to say a living wage) and that it’s “great, just great” that they choose, instead, to work three jobs to avoid stoking the fires of that messy class warfare.

Who cares that President Gantry dropped the canvas tent evangelizing by breaking all his promises, giving them there preachers less than 1% of the money that he promised them and began hobnobbing with the power elite in the secular world. Even when it was revealed that one of his hires privately mocked these people who swept him to power, did they display any normal self-respect and call this hack, this Methodist fraud, on his hypocrisy? Hell, no. The Christian thing, we learned, is to shoot the messenger even when he’s one of their own.

And, maddeningly, like Gantry, it’s hard to convey the frustration of liberals who see this rampant hypocrisy exposed time and again, a downfall always imminent, just to see this still-boozing, still-womanizing fraud reach higher and higher heights in social standing.

Here, one difference ought to be noted between Elmer Gantry and George Bush: I don’t recall a single instance in Lewis’ novel in which a cardboard image of Elmer Gantry is prayed to by children at a Jesus Camp. 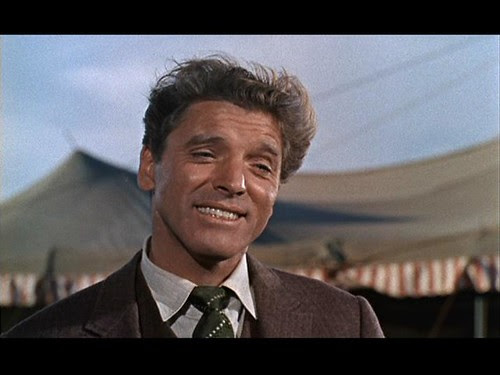 Plus Elmer Gantry never actually got anyone killed, let alone hundreds of thousands.