Cheney Crawls Out of the Bunker 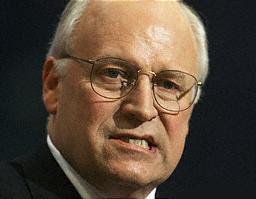 Dick Cheney sat down with that legendary, hard-hitting journalist, CNN's Larry King, and slid some truly heinous statements onto the record.