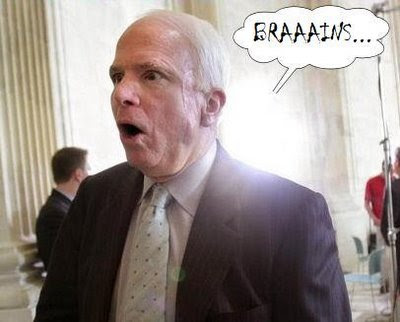 Seriously. File this under the department of "you can't make this shit up."

"If I have the honor of continuing to serve you, I make you this promise: We will always put America -- her strength, her ideals, her future -- before every other consideration," McCain assured Churkin.

Moscow's mission to the United Nations issued a terse statement on the Republican presidential candidate's letter, saying that the Russian government and its officials "do not finance political activity in foreign countries."

It is illegal for U.S. presidential candidates to accept funds from foreign sources. The McCain campaign accused Obama earlier this month of not doing enough to screen for illegal contributors and asked U.S. election officials to investigate.

What fantastic, intelligent and disciplined management the Repugnicans bring to their game!
Not.