How We Became France How did it come to this?

The Right, once so proud of hating the French despite L'Enfant and the support that enabled us to defeat the British, has led us to the point where our country is forced to become French.

No, we're not getting the good stuff. We get to keep cheap chain restaurants, bad wine, fear of raw-milk cheese and 60 hour work weeks. No, we get nationalization.

Congress just nationalized a bunch of mistakes made by a bunch of lenders in the name of greed. Never again can we complain about Airbus - we're nationalizing our automakers for making the same mistake year over year, building gas-guzzling SUVs instead of spending some money on basic research into producing fuel-efficient cars. We've become the worst of France.

I really do hope we can become more like them. I want a little socialism. Capitalism is looking worse and worse as it shows its darker side. Often here I've written about markets. French markets are controlled. Ours are not. And the French don't have a mortgage crisis. 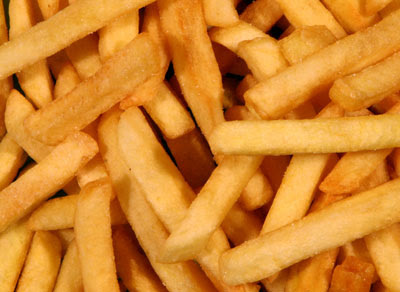 So here's a steaming hot plate of Freedom Fries for our friends across the Atlantic. In the 1700s you provided us valuable support and resources, helped us build our capitol and were our major ally against the British. So now with our privately-funded pensions tanking, our health care system collapsing under its own rate and our economy unable to maintain itself due to the distinctly American penchant for laissez-faire capitalism, we may have to look to you, the evil realm of Old Europe, for guidance once again as we attempt to pull out of our national nosedive.

So how many of you would vote for Obama given the chance?

(about two to one)

Cross posted from my other place....