Have a Drink: Economy on the Rocks 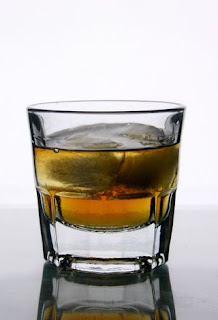 Recipe:
-Liquor of your choice
-Ice

Drinking Game, McCain: If you really want to get hammered, take a shot every time McCain says 'my friends', 'courage', 'my fellow prisoners', or mentions his service in Viet Nam. For a fair buzz, take a shot if he mentions William Ayres or ACORN. If you're the designated driver, take a shot only if he comes up with a proposal that actually looks like it might work.

Drinking Game, Obama: To get hammered, take a shot if he mentions change or hope. For a fair buzz, take a shot every time he says he agrees with McCain. Designated drivers can have a shot if he actually tries to attack McCain where he's vulnerable - Keating Five or his idiotic pick of a running mate for instance.