To Steal This One
I keep looking at the map and I just don't think there are enough Katherine Harrises or Ken Blackwells in America for McCain to win. Isn't doubting that McCain can steal this election un-democratic? Am I calling down the thunder? What makes me think that the force is with us now?

Let's go back and look at how the last two Presidential elections went down.

I have no doubt that in 2000, illegal voter suppression disenfranchised tens of thousands of Florida voters creating a contest that settled within hundreds of votes.

The results of the recount court battle led to the U.S. Supreme Court handing the election to George W. Bush. Despite the ridiculous logic applied to the imfamous case, the problem was not the decision of the court, but rather the narrow grounds on which Gore's legal team contested the vote. Only when the proper legal application of voter intent--which included overvotes, which were not included in Gore's challenge--was applied to the recount by a consortium of journalists did we finally have conclusive evidence that Gore really won. Many irregularities took place in other states, but the scene of the crime was in one state--Florida.

Four years later, in 2004, illegal voter suppression disenfranchised enough voters for George W. Bush to take Ohio's decisive electoral votes. Once again, the election came down to the state that everyone thought it would come down to for months ahead of the election.

So yes, when the last domino of the election happens to be the state where your brother is Governor and this person 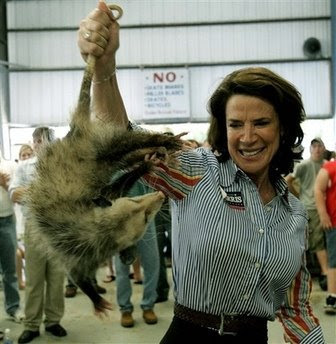 is in charge of elections, then yes, you wind up with this: 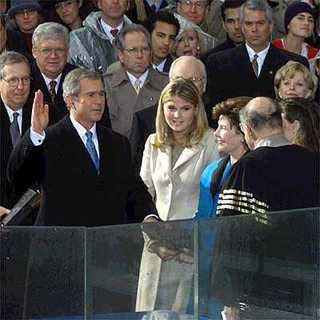 And, four years later, if the person in charge of the vote in Ohio is throwing out votes based on the weight of the paper used for their registration, you get this: 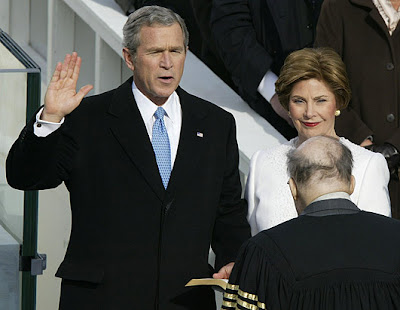 Imagine with me for one second that John McCain's team is every bit as good as Greg Palast says they are at suppressing votes. E-vote flipping has been evident as well. Still, in order for this to work, the McCain campiagn still needs to know which states' votes to suppress.

How can they do that when they face the reality of losing Georgia? Stealing Florida or Ohio or both will only mitigate the landslide, not bring victory.

By the way something, it even looks like the Supreme Court is not on their side anymore.

UPDATE: Just because I'm calling it doesn't mean anyone should get complacent. Remember, the goal is a complete shut out. Not one vote for McCain. Now get back to work.