New Spy Program in US 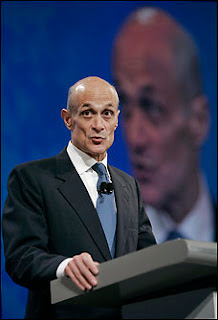 What was I saying about fascism again? This just in from the Washington Post to remind us...

The Bush administration said yesterday that it plans to start using the nation's most advanced spy technology for domestic purposes soon, rebuffing challenges by House Democrats over the idea's legal authority.

Sophisticated overhead sensor data will be used for law enforcement once privacy and civil rights concerns are resolved, he said. The department has previously said the program will not intercept communications.

I don't have access to anything as sophisticated as Kvatch's iNews 9000 Turbo Wi-Fi Headline Translator, but I'll venture a guess that "once privacy and civil rights concerns are resolved" means something like "We've got John Yoo working on the memo as I speak." In BushWorld, 'resolved' means eliminated. The administration has already made attempts to eliminate privacy and civil rights since the beginning of the illegal warrantless wiretap program. Bush's plenary powers as a wartime president allow him a line item veto on the constitution according to Yoo, Gonzalez, Mukasey and the rest of the Department of Injustice.

Did anybody see the 1998 movie Enemy of the State, with Will Smith and Gene Hackman?