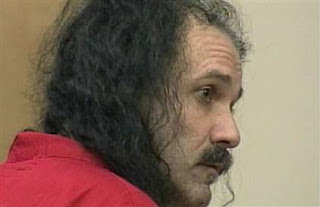 The following is a guest post written by my brother-in-law, Robert Hyde. Our entire and extended families mourn the results of this tragic event, for the victims, for John Hyde, and we continued to be dismayed as to the overall state of healthcare in this country, much less the bitter fruits yielded by a lack of attention and continued stigma to mental health issues. I personally think that without paying specific attention to mental health, specifically as regards returning soldiers who are suiciding at an alarming an unacceptable rate, the recipe as it stands is one for a toxic and potentially even more lethal brew. I ask you to welcome Robert Hyde. -The Unconventional Conventionist

My brother had been diagnosed with paranoid schizophrenia for many years prior to this tragedy. He was able to manage his brain disorder by taking medications, many of which had serious side effects.

He had never been violent before and never got in trouble with the law. He graduated from high school in 1975 with honors and could have gone to any college on an academic scholarship, but his illness prevented him from going. Instead he worked on a ranch in Colorado for about twelve years as a caretaker.

Shortly after his diagnosis he moved to Albuquerque so he could have better access to treatment and he lived with our mom whose health was slowly deteriorating. After years of trying different medications and therapy he was able to get fairly stable and even went back to college. He was offered a job as a mental health advocate and then he began to decompensate.

He was having difficulty getting a competent psychiatrist and was again having adverse side effects from the medications. He began to believe that he was mis-diagnosed and either stopped taking his meds or they stopped working the way they should.

Family members said they believe a change in medication, a new therapist who changed Hyde's diagnosis to post-traumatic stress syndrome and alternative treatments caused a decline in Hyde's behavior that began this spring.

Hyde was seeing a psychiatrist and therapist at Kaseman Presbyterian Behavioral Health Care. Since July 1, his care was managed through ValueOptions, a private company that has a state contract to manage behavioral health services for low-income New Mexicans.

A Presbyterian Hospital spokesman said he could not comment on Hyde's treatment because of federal privacy laws.

"We're very confident in the care that was provided," Todd Sandman said.

In the fall of 2004, Hyde's cousin, physician Christian Meuli, said Hyde told him he was upset about his diagnosis change and treatment.

In a letter to Presbyterian Behavioral Health Care, Hyde wrote that he was dissatisfied with his doctor.

"I must emphasize that my life was a joy to live, symptom free, until November 2," he wrote. "Since then, I have been living minute to minute. The side effects are many and unpleasant."

In the spring and summer of 2005, his family was desperately trying to get help for him and he was also trying to get help. He was denied treatment on several occasions and was released from the hospital after only seven days, which was not nearly long enough for him to become stabilized.

Robert Hyde said when he questioned his brother's therapist about the decision he was told that they would have to wait until John Hyde "escalates."

John Hyde's cell phone records also showed that he made daily calls to Kaseman in the weeks leading up to Aug. 18. His family believes he was trying to get help.

On August 18, 2005 he reached his breaking point. That morning I was getting ready to go to work and noticed that two tires were slashed. After I got home from work the phone starting ringing. Employees from the hospital he went to called and told me that my brother was making threats toward them. They said they were going to have him brought in involuntarily for a mental health evaluation. I was glad that perhaps he would finally get the treatment he so much needed. The police called and asked me for a description of my brother. I told them I hoped that no one would get hurt and I also told them I thought he could be dangerous. The officer, who was the sergeant of the Crisis Intervention Team, assured me that they didn’t want anyone to get hurt either.

The evening of Aug. 18, Robert Hyde said he was relieved when Sgt. Jan Olstad, head of the Albuquerque Police Department's Crisis Intervention team, called him to tell him officers would be sent to pick up his brother.

"I told Olstad I was worried about it going down OK and no one getting hurt," Robert Hyde said. "He got me calmed down. He told me he had this team that was well-trained."

Police spokesman John Walsh said Smith received crisis-intervention training when he worked for UNM's psychiatric hospital between his employment with the police department.

All officers receive crisis training at the police academy and during ongoing job training, Walsh said in a statement.

Later that night the same officer called and said that my brother had shot and killed some people. We didn’t know what happened until three or four in the morning when the police finally announced that my brother had killed the two police officers who were sent to pick him up for a mental health evaluation. Through ballistics testing they also discovered that the same gun was used to kill two employees of a motorcycle shop and the department of transportation employee earlier that day.

I had to tell my mom this news, and that was the most difficult thing I’ve ever had to do.

To say that our country is in need of mental health care reform is a huge understatement. We see tragedies similar to this across the country much too frequently. We don’t need more laws that threaten people’s rights, so called "Kendra’s Laws," what we need is better quality mental health services and better access to these services.

Robert Hyde
-------------
Unconventional Conventionist: Then of course, there is the aftermath. The hell through which all the families had to trod - the media. The story aired on Dateline last year, and the transcript is here, where the reader will find what the victim's families had to say, as well as more insight from Robert.
Robert was also interviewed on local Albuquerque news:

Their mother has since passed away.