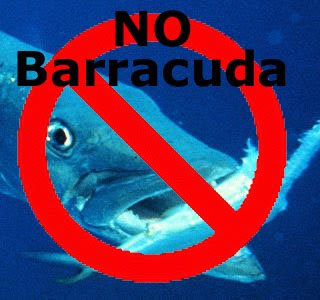 A John McCain campaign aide tells Jay Carney that she sees no reason why Sarah Palin should have to answer reporters' queries:

According to Nicole Wallace of the McCain campaign, the American people don't care whether Sarah Palin can answer specific questions about foreign and domestic policy. According to Wallace -- in an appearance I did with her this morning on Joe Scarborough's show -- the American people will learn all they need to know (and all they deserve to know) from Palin's scripted speeches and choreographed appearances on the campaign trail and in campaign ads.

Now I ask you, how appropriate is that for a candidate who 1)was virtually unknown to Americans outside of Alaska prior to her being picked as John McCaveman's running mate and 2)seems to have a lot of questionable baggage that the voting public have a right to know about. You know, questions about;
You know, the 'getting to know you' stuff that any come-out-of-nowhere candidate should expect to be asked. And considering the lies that were made both by Palin and about her at the RNC, shouldn't the public be allowed some follow-up?

Item the second: With Sarah 'Barracuda' under fire for using the Heart song of the same name without permission (a habitual disregard of intellectual property has become a habit of the RNC) maybe the Governor of Alaska should consider a new theme song. I propose this terrific Graham Parker tune from the late 1970s.

Don't Ask Me Questions - Graham Parker and the Rumor

Parker might welcome some exposure in North America. He was pretty big in England, but may not mind a little career-boosting exposure right now. Royalties are royalties after all. On the other hand he may not want to be associated with such a loser, and such a liar. Not for any amount of free publicity.