The Head in the Sand Approach

How The Bush Administration Reacted to War Crimes Warnings 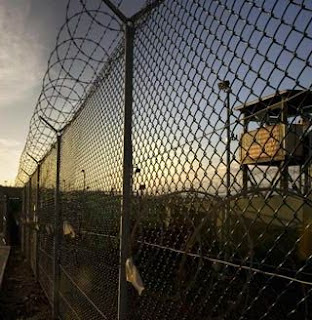 The release of Jane Mayer's The Dark Side: The Inside Story of How the War on Terror Turned Into a War on American Ideals. (See the book review in Salon) has really unleashed a flurry of activity in Greater Left Blogsylvania, due to the revelations it contains with respect to Bush Administration culpability over the detainee torture program. In particular, and I mentioned this in my last post, the fact that in a secret report last year the Red Cross found evidence of the CIA using torture on prisoners that would make the Bush administration guilty of war crimes has caused quite a stir. Understandably.

This is a brilliant piece of radio from KCRW in Santa Monica, with KCRW's Warren Olney discussing the book with Mayer. Harper’s legal affairs writer Scott Horton offers comments, together with Cliff May and Noel Francisco. . You can download a podcast here or just play it right here. Thanks to Harper's magazine for the embed code.

Jane Mayer discusses The Dark Side

(The actual discussion starts about 7:00 in)
The whole thing is deserving of comment, and particular attention should be paid to the pathetic wriggling of Noel Francisco in the role of Bush apologist. All he can really do is pull out the same old tired arguments that have already been debunked and anyway rely on factoids that can easily proven false. Sad really.

I've made up a transcript of the part of the show that struck me the most, from which I derived the 'head in the sand' title. Mayer describes a Pentagon meeting where the faction advocating a reckless disregard of the Geneva conventions propose that simply ignoring them would somehow be equivalent to making them go away altogether. Doug Feith has a reputation as one of the stupidest men on the planet, and I would say this just about proves it. The transcript begins about 33 minutes into the podcast, after some breathtakingly inane arguments from Noel Francisco.

Warren Olney:
"Who were the people that you say were warning about war crimes and urging against this course of action [torture program], and what happened to them?

Jane Mayer:
It was so explicit that they were warning about war crimes that there was actually a meeting that took place in the Pentagon. ... It would have been in the summer of 2005 - in which the general counsel of the Navy, Alberto Mora took out the statutes and the law books and read it out loud in a meeting at which Stephen Cambone and Doug Feith were attending. Doug Feith's the number three in the Pentagon at this point.

There was this kind of game playing going on about the law, and now I'm not a lawyer, so maybe this is just how lawyers work, but basically in that particular meeting the question was, 'Should America hew to the Geneva Conventions as a matter of policy if not law? Should we try to live up to at least treating people along the standards that are spelled out in the Geneva conventions, which require humane treatment? And in that meeting the people who opposed doing so said, "If we adopt this law, if we admit this law rules, then we're going to be accused of breaking it, so it would be better if we would just say, 'it doesn't have any applicability' ." At which point Alberto Mora, who was the top lawyer for the Navy said, "You don't have any choice folks. This law exists whether you want to admit it exists or not, and you're going to be breaking it if you're breaking it." So, there are many examples, but that's the one that comes to mind.

This ostrich-like idea that if you simply pretend that a law doesn't exist you can break it with impunity shows a disregard for reality that is astonishing even for the Bush administration. Let us all hope that they pay dearly for this latest confluence of utter gormlessness in the service of unremitting evil.