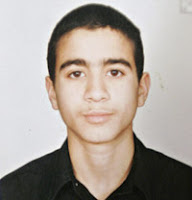 Recently we are learning more and more about the Bush administration's vulnerability to war crimes charges. Back in mid June McClatchy reported that:

The Army general who led the investigation into prisoner abuse at Iraq's Abu Ghraib prison accused the Bush administration Wednesday of committing "war crimes" and called for those responsible to be held to account.

"After years of disclosures by government investigations, media accounts and reports from human rights organizations, there is no longer any doubt as to whether the current administration has committed war crimes," Taguba wrote. "The only question that remains to be answered is whether those who ordered the use of torture will be held to account."


You'd think that would have Bush and his evil minions squirming a little, and canceling any plans for travel outside of the US after their terms end. Then just days ago it was revealed:

(From Raw Story:)
In a secret report last year, the Red Cross found evidence of the CIA using torture on prisoners that would make the Bush administration guilty of war crimes, The New York Times reported Friday.

The Red Cross determined the culpability of the Bush administration after interviewing prisoners at Guantanamo Bay, according to the article.

Prisoner Abu Zubaydahwho said he had been waterboarded, "slammed against the walls" and confined in boxes "so small he said he had to double up his limbs in the fetal position."
[...]
Mayer cited "sources familiar with the report" to explain the confidential document as a warning "that the abuse constituted war crimes, placing the highest officials in the U.S. government in jeopardy of being prosecuted.

The report was submitted to CIA last year and concluded that American interrogation methods are "categorically" torture that violates both domestic and international law, MSNBC's Rachel Maddow reported Friday.

Great reaction from Jonathan Turley in the video accompanying that Raw Story, by the way. The information about this Red cross report was revealed in Jane Mayer's The Dark Side: The Inside Story of How the War on Terror Turned Into a War on American Ideals. (See the book review in Salon) 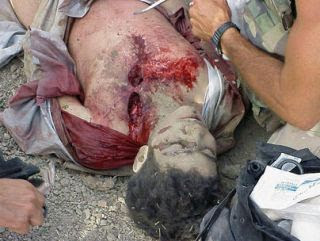 On the heels of these two damning stories came the fruits of a Canadian Supreme Court decision last May that granted Omar Khadr access to materials held by the Canadian Government concerning his treatment in America's Gulag, Guantanamo Bay prison.

Included in those materials is a tape of Khadr being interviewed in 2003 by an unidentified agent of CSIS - The Canadian Security and Intelligence Service. Watching the video, he certainly doesn't seem to be very sympathetic.

You can see the tape and a report on CTV.ca, from Raw Story, or on CNN.com. (Sorry, no embeds available yet.) It's very interesting to compare and contrast the way this story is being handled in Canada, the UK and elsewhere with the way the US Lamestream Media treats it. More on that later in a separate post.

(Thanks to the most excellent TPM folks)
Compared to actual tapes of CIA-conducted interrogations, which we are never likely to see, these are pretty tame, I'm sure. Nevertheless, one finds it hard to believe that Khadr represents "the worst of the worst" as we have been told ALL Gitmo detainees are. What we see here is not a hardened terrorist, but a frightened kid who has been abused and manipulated by every authority figure he's ever had the misfortune to know.

Make no mistake, there will be considerable fallout from the release of these previously secret materials on both sides of the border. Just read this report from last week (thanks again CTV.ca)

Canada knew Khadr was abused at Gitmo: report
...newly released documents show Canada was aware that he was deprived of sleep for weeks to soften him up for interrogation.

The U.S. Air Force and Department of Foreign Affairs documents say Canadian official Jim Gould visited Omar Khadr in 2004 in Guantanamo Bay and was told that measures were taken to make the then-17-year-old more pliable.
[...]
"In an effort to make him for amenable and willing to talk, (name omitted) has placed Umar (Omar) on the `frequent flyer program,''' the reports read.
[...]
Last month a Canadian Federal Court judge ruled that the U.S. military's treatment of Khadr violated international laws against torture, but did not disclose details.

Judge Richard Mosley said the way the military prepared Khadr for interrogation with visiting Canadian government officials broke human rights laws, including the Geneva Conventions.
[...]
Mosley also chastised the interrogator from the Department of Foreign Affairs and International Trade, saying Canada "became implicated' when the agent proceeded to meet Khadr despite learning of the efforts to prime the prisoner.

(Underlines mine) - In Canada, the mere fact that officials knew this was happening and did nothing about it is at the very least an embarrassment, and possibly grounds for criminal charges. It certainly leaves the government open to lawsuits from Khadr (Maher Arar was awarded $10 Million by Canadian courts for the role Canada played in his abduction and torture by FBI thugs.) What does that say about the complete inability of the US justice system to even stop this program, let alone charge the criminals responsible for it?