Good News on the FISA front! 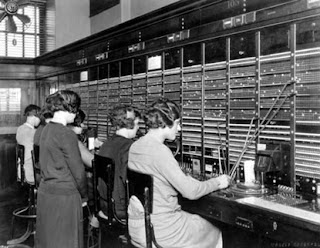 No Immunity for Telcos, and Greater Oversight of the Administration! Here's the vote via Jane Hamsher: 213-197-1

emptywheel and mcjoan deserve a ton of credit, along with Glenzilla and Kagro X. Here's how it played out:

Conyers and Reyes have an amendment to H.R. 3773 (as amended by the Senate) that would strip out what the Senate put in (the text of S. 2248) and put in its place the new, immunity-free language.

CORRECTION: I originally wrote "Long story short that means it's the end of the line. This bill does not go back to Conference or the Senate. (This needs clarification; Glenn says it must go to the Senate.) Chimpy signs it or not. Either way, immunity is GONE." Evidently this bill does have two more steps; back to the Senate and then another Conference Report to reconcile any differences.

Marcy and mcjoan both note that some Blue Dogs who were typically going to vote with the Republicans, came back and voted the right way!

Glenn sums up nicely what I also have some hope for; a sea change:

It's hard not to believe that there's not at least some significant sea change
reflected by this. They have seen that they can defy the President even on
matters of Terrorism, and the sky doesn't fall in on them. Quite the opposite:
an outspoken opponent of telecom amnesty, warrantless eavesdropping and the Iraq War was just elected to the House from Denny Hastert's bright red district, and before that, Donna Edwards ousted long-time incumbent Al Wynn by accusing him of being excessively complicit with the Bush agenda.

and some fine talkin'
TAGS: FISA, Rule of Law, Telcos,