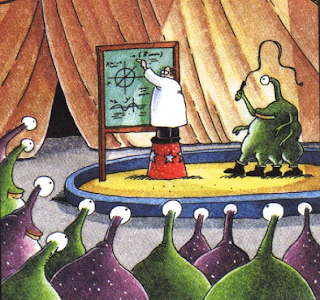 I have always thought it was kind of nuts that it's always Leap Year when we have the Olympics and the Presidential Elections. It must be that we need an extra day to deal with Calculus of Events that occur at such times, and this year is no exception.

A required element for the Calculus of Events is irony, to wit:

"All hotel rooms and offices are considered to be subject to on-site or remote technical monitoring at all times," the department's Bureau of Consular Affairs advised on Thursday. "Hotel rooms, residences and offices may be accessed at any time without the occupant's consent or knowledge."

The warning was part of an Olympics "fact sheet" that also said the threat level for terrorism against Americans in China remains low, although recent violence in Tibet is an example of how potentially dangerous events can occur in the approach to the Olympics in Beijing and other Chinese cities". Any large-scale public event like the upcoming Olympic Games could become the focus of terrorist acts or other forms of violence," the bureau said.

I find it ironic because all overseas transmissions to the US during the Olympics will be subject to FISA, and exactly under the thumb of what Russ Feingold describes here:

(Thanks to Matt Stroller et. al. from Open left for recording that.) If the Olympics were here in the US this year, every other participating country would have to issue the same warning in their fact sheets.

So far Constitutional Calculus states that "4 goes into 1." That's right. The Fourth Amendment definitely goes directly to the First. Unfounded Search and Seizure will definitely undermine your Right to Free Speech and Assembly.

But for the rest of this Calculus Lesson, the problem/question is will "2 go to the well?" You see, neither Kang nor Kodos stuck around last December to help protect the 4th amendment.

Both candidates should show up in the well of the Senate and SPEAK about how crappy warrantless surveillance is. Ditto telco immunity. And then actually vote against both. In my opinion, now is the time to get the Dem candidates to really distinguish themselves from McCain, because whoever survives the meat-grinding of the Democratic Primary season is going to run back to the center pronto. And the center these days includes not being "soft on terrorism." It's all about vote getting. Notice that they're both really in the center or right already as far as health care is concerned. Both Kodos' and Kang's programs take care of payments which you will make to for-profit coporations, not actual care you need to recieve.

Neither PA or NC primaries are all that far from DC, and based on past actions and experience, the Senate will work with all the candidates to make sure they won't be logistically screwed over as far as opportunities are concerned for being in the Senate or in the locales where the primaries are to be held. It will be by choice if neither show up and defend against these constitutional blasphemies.

Call Kodos and Kang. Tell them to show up and vote, and that you understand both Constitutional and Event Calculus. 4 goes into 1, and 2 go to the Well. After all, your and my 4th and 1st amendment rights are more important than any candidates shot at the presidency.

It is possible to simply uncover these products and [URL=http://www.thenorthfaceforsale.net/#594]the north face coupons[/URL] all around the The us, more around there are many web sites which makes it possible for one to get North Encounter Jackets on-line. Among the list of popular web pages that offer you a wide array of North Experience Jackets [URL=http://www.thenorthfaceforsale.net/#997]north face pro code[/URL] and that is normally viewed as a cheaper e-shop.

For the tall as well as thin gentlemen, if they use a marsupial tongue patch bank account [URL=http://www.northfacedenalijacket.org/#744]north face denali[/URL] , they might surface far more dignified and strong.Secondly, we can choose jackets of different shade according to our shape.If the figure is thick along with fat, [URL=http://www.northfacedenalijacket.org/#500]north face jackets on sale[/URL] is appropriate to select just one with chilly tonal, which provides others the felling that you will be full of youthful vitality and strong.

Wools and diploma style and design permit young boys and girls to hold comfortable usually they are value Halloween. [URL=http://www.nfoutletonline.net/#921]north face outlet[/URL] are merely invented for the winter months, which often created for that reason toasty and. [URL=http://www.nfoutletonline.net/#1062]north face outlet online[/URL] in making use of this original fabric, tend to be more when compared with to as much as the career about holding a person tight within the wintertime.