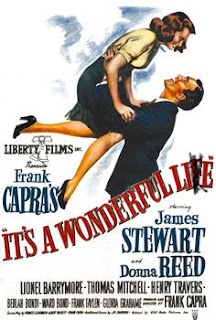 Glenn Greenwald's post yesterday leaves very little left to be said about the bailout - quite brilliantly covering all the bases.

The virtues of public anger and the need for more:

The public rage we're finally seeing is long, long overdue, and appears to be the only force with both the ability and will to impose meaningful checks on continued kleptocratic pillaging and deep-seated corruption in virtually every branch of our establishment institutions. The worst possible thing that could happen now is for this collective rage to subside and for the public to return to its long-standing state of blissful ignorance over what the establishment is actually doing.
[...]
...the financial crisis is a fundamental indictment on the way the country functions and of its ruling class. What would be unhealthy is if there weren't substantial amounts of public rage in the face of these revelations.
[...]
(Quoting The Rolling Stone's Matt Taibbi:)
The most galling thing about this financial crisis is that so many Wall Street types think they actually deserve not only their huge bonuses and lavish lifestyles but the awesome political power their own mistakes have left them in possession of. . .Actually, come to think of it, why are we even giving taxpayer money to you people? Why are we not throwing your ass in jail instead?
[...]
(Quoting Atrios:)
The issue is that [Geithner] and friends never distinguished between bailing out the system and bailing out the players. There was a way to do that, and they didn't do it.
(Quoting Krugman:)
"The Obama administration is now completely wedded to the idea that there’s nothing fundamentally wrong with the financial system."

If you were to do nothing this weekend other than read this tour de force of a blog post and click a few links to Glenn's sources you would end up better informed about this issue than the vast majority. And a hell of a lot angrier.

Speaking on clicking on source links, if I have one criticism of Glenn it's that he truncated the Krugman quote robbing it of some of its impact. The original reads:

The Obama administration is now completely wedded to the idea that there’s nothing fundamentally wrong with the financial system — that what we’re facing is the equivalent of a run on an essentially sound bank.

Now that inevitable brings to mind the famous George Bailey speech from It's a Wonderful Life. Trying to prevent a run on an essentially sound bank, Bailey points out that the money isn't cash sitting in the bank's vault, it's invested in the homes and businesses of Bedford Falls.

A Community Chest
Try to translate that to the current system and you get,
"Well, shucks Joe, your life savings are tied up in Goldman Sachs' CDO's and Goldman Sachs is heavily into Merrill Lynch's Credit Default Swaps, and Merrill Lynch is putting it into Lehman hedge funds. Then Lehman leverages it back into Goldman and we all make a tidy profit."

No matter how homespun your cloth coat or how endearing your accent, you're going to come off more like the despicable Mr. Potter than the lovable George. Lending out money to build assets makes sense. Lending money to tear down structure is unremittingly wrong-headed.

The bottom line of this post is the source of all this righteous anger. As Glenn says, "When it comes to its primary challenge, the administration elected on a platform of "change" is, above all else, viciously devoted to preservation of the status quo." Greenwald's underlying point, that it is well past time for an angry population to re-exert some influence on their government echoes a Thomas Jefferson sentiment - one I have always heartily agreed with.

So, keep those pitchforks sharp and be ready to light those torches at a moments notice.