By A Country Mile or Two 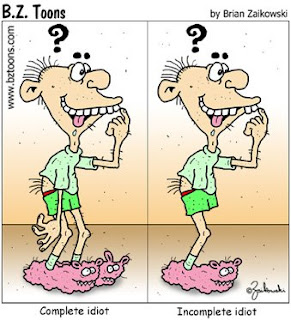 Congratulations to John C. Eastman of Chapman University Law School, the first recipient of the prestigious Just Not Getting It Award. The evidence in favor of his candidacy come from this New York Times Article about the John Yoo memos purporting to justify torture and war crimes during the Bush administration (or , to be more accurate, the Bush crime spree.)

The calls to begin a criminal investigation of Bush legal team members have so far been ignored by the new attorney general, Eric H. Holder Jr. But the demands reflect a widely shared view that the Bush administration lawyers played an outsize role in the disputed counter-terrorism policies.

Mr. Yoo and other top lawyers met as a “war council” to consider how far Mr. Bush could go. In addition to asserting that he could bypass the Geneva Conventions — war crimes treaties protecting detainees — the lawyers said the president’s wartime powers trumped many other legal limits. Their secret memorandums cleared the way for aggressive policies — like waterboarding and other harsh interrogation techniques — all but ensuring that neither policy makers nor operatives could face criminal prosecution for actions blessed as legal.

But John C. Eastman, the dean of the Chapman University law school and a friend of Mr. Yoo who invited him to teach there this semester, argued that it was deeply unfair to single out the Bush lawyers for the advice they gave under intense pressure after the 2001 terrorist attacks. “It’s unfortunate, and quite frankly it’s dangerous,” because it could make officials risk averse, Mr. Eastman said, blaming partisan politics.


As a professor of law Mr. Eastman should at least be aware that the entire reason for making things illegal, and for attaching penalties to those (including, and I would say especially, officials) who would consider taking illegal actions is to ENSURE that they be risk averse. Otherwise you could do away with armed guards at banks and just leave the money in sacks outside the front door. So that part of the statement alone is enough to get him on a very short list of complete idiots who Just Don't Get It.

But the blaming partisan politics part of it really seals the deal, because what he's really saying is that all Republican politics is by its nature non-partisan and all Democratic politics is equally partisan by nature. And I think the voters have demonstrated that they have seen through that little charade. They are clamoring for MORE partisanship from the Democrats, and with it more accountability. One reason that two parties is better than one is that with two at least you have some illusion of choice. Another is that the rivalry between two gangs of thieves will supposedly create a barrier against the worst excesses.

So, Dean Eastman, you may take your award and go stand with Coulter, Hannity, Beck and the growing crowd of the irrelevant people over there who Don't Deserve To Be Listened To Anymore. Hopefully someone will get around to throwing a big tarp over the lot of you so we don't have to look at you either.