My Financial Back Pages

The News Behind the Headlines

The big headlines these days are about the continuing effort to forestall another Great Depression, and this week's news on that front is of course the DJIA falling below 8,000, to a level that it hasn't seen since 1997. Analysts are predictably predicting that the market will soon recover sharply as investors take advantage of the record low prices. Investment analysts are of course under a certain obligation to interpret all news in as upbeat a manner as possible. This is because their predictions have a measurable effect on the market's performance, due to psychological factors - more investor confidence equals a better market. I'm not an analyst, so I see things a little differently. In fact, I tend to see high finance as being distinguishable from piracy only in the fact that the former avoids the necessity of a ship and crew. The question I want to ask is; "which investors are in position to take the greatest advantage?"

The really important economic stories often don't make the headlines, because they're subtle, and it takes some thought to see their significance. Here's one aspect of the current economic crisis that hardly anybody seems to want to talk about - I wonder why? From a diary by the Coffin Brothers at Kitco.com (a gold/metals stock tracker and currency trader):

" While western banks continue to undergo a period of deleveraging and retrenchment, Chinese firms are making use of the oldest form of leverage – available cash in a down market. That has come to the aid of Rio Tinto (RTP-L) which went into debt to purchase Alcan (Aluminum Company of Canada) in 2007. Chinalco (Aluminum Company of China) has agreed to take various minority stakes in aluminum, copper and iron producing Rio subsidiaries for US $12.3 billion, which is a reasonable sum for interests that earned $2.2 billion in 2008. Added to this are $7.2 billion of convertible bond purchases, which at significantly above market strike prices would bring Chinalco’s stake in Rio Tinto Group to 18%. " 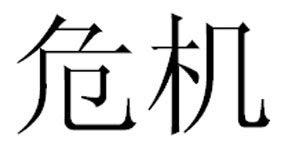 It's no coincidence that the Chinese ideogram for crisis = danger + opportunity. Having used their cheap workforce to accumulate cash while the US and other countries have accumulated debt, the Chinese are now very smartly using the cash to take advantage of the crisis caused by the debt. One could call this economic warfare with little fear of contradiction except for one thing. US corporations like WalMart have been the prime movers of the trade arrangements that have undermined the US economy, and US consumers have happily maxed out their credit cards for the unbelievably cheap tube socks and wide screen TVs that have been dangled as bait. Once feared as a communist threat to the US, the Chinese now appear to be a much greater threat as capitalists.

The background for this depressing news cycle has been the CPAC conference featuring the bloated bloviations of the newly anointed Republican heir apparent Rush Limbaugh. One could hardly imagine that the conservative movement could retreat even further from reality than they already were, but they seem to have done so yet again. While choosing to blithely ignore the massive transfer of wealth upward that has been going on at an accelerated rate for nearly three decades, they express a shocked outrage at the slightest attempt to transfer the least bit of it back to the middle class. Because stealing from the middle class to give to the rich is The American Way™, don'tcha know, but turn it around and it becomes Class Warfare. If they are to be believed, Socialism, The Red Menace has come to America's shores personified as President Barack Obama.

What should be tragically obvious by now (but again, what nobody's even daring to talk about) is that mechanisms that transferred wealth from the American middle class to the ultra-rich didn't bother to ensure that they were transferred to America's ultra-rich. The most benefit went to Middle East oil sheiks and, of course, the Chinese. The scope of this economic treason is almost unimaginable, only measurable by the TRILLIONS of dollars being spent to try to deal with its consequences.

No matter how well-intentioned Barack Obama might be, he'll never be able to transfer that wealth back where it belongs. It's gone forever. His only option is to borrow even more foreign money to try to solve a problem that was created by the US government (and its people) borrowing too much foreign money. And to my mind borrowing money to try and solve a problem that was created to begin with by borrowing too much money has a very low probability of success.

"We can't solve problems by using the same kind of thinking
we used when we created them."
-- Albert Einstein --

A couple of years ago one of my first ever blog posts sought to compare the modern system of corporate feudalism with its eighteenth century counterpart - the system that patriots' blood was shed to overthrow in the American Revolution.

One distinction differentiates the modern corporate baron from the Peers of Olde England in the 18th century. The peers' capital was tied up in land, and could not conveniently be transferred to another country, whether that be a bank in the Caymans or a factory on the low-wage island of Saipan. This forced a noblesse oblige on the ruling class that is not in effect in this brave new world.

Project for the OLD American century posted this link today;

Cheneys Betting on Bad News
(The linked article deals with the fact that the Cheneys' investment portfolio includes instruments that pay off if the US dollar loses value - which, guess what, it DID some time after I wrote my post. As Condi would say, "who could have predicted that?")

The 'nobility' of old could not act as Cheney and his cohorts have, against the interests of their own country, for to do so would have been to act against their own interests. It has taken over two centuries, but the American system has finally achieved the worst of all possible worlds.

In the system we have seen emerge in America going back all the way to the Robber Barons there is no noblesse, no oblige, just a sense of entitlement without accountability that the Marquis de Sade himself would have envied. The conservative movement, in America and around the world, is no better than a gang of criminals. Should they continue to evade justice the system itself must be assumed to be complicit and in league. The only solution then is not political, but revolutionary. And I should warn you, the power structure that must be overthrown isn't confined to any one nation or even continent. This is a global problem that will require a global revolution.

The rhetorical question I asked in the first paragraph has some unexpected and unsettling implications. If you listen to Sparky and his gang, a large injection of foreign capital into the stock market will be a good thing. The market will go up, and the investment class (that diminishing segment of the population not struggling just to make their payments) will earn a profit. Confidence will rise. But the long term consequences are profound. As a greater proportion of American business is foreign owned, it becomes that much harder to pay back the enormous debt, and even if you do get to pay back some, it only gives China and other foreign interests more money to buy up more American business. The US now owes its soul to the company store, and that company's head office is in Beijing.

Under the current system this is a no-win scenario. Only by changing the system can there be any hope for a solution.

And for no better reason than that my title gives me an opening, I hereby present one of my favorite Bob Dylan songs - quite clear, no doubt, somehow.

MY BACK PAGES
UPDATE: Ellen Brown just came out with an article proposing what steps might be taken to get out of the fatal death spiral of debt. Not being a professional economist, Ms. Brown is in the habit of a) thinking out of the box and b) dealing with models that have a more practical than theoretical basis. It should come as no surprise considering what I've written above that her potential solution is NOT about saving the old system (and the privileged parasites who cling to it) but creating a whole new system where the central banks are owned and controlled by the government.