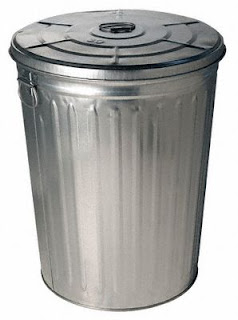 We still have a long way to go, but Congress looks like they have no problem handing the president a piece of trash and call it heal care reform.

If they do Mr. President, you have to throw that bill away.

You put a couple of big tin garbage cans out on the White House lawn. Take the garbage legislation Congress is about to give you, and drop it in there. Then tell the country that between now and November 2010, you'll be campaigning for members of and candidates for Congress that will pass a public option or single payer health care reform. Starting with Max Baucus, you show up in the districts and states of every Democrat and Republican that would not allow Americans the right of health insurance. We would rather wait two MORE years than allow the lobbyists to pass a "bi-partisan" piece of turd that does nothing but make this country even more unhealthy and even more economically unjust.

And if that doesn't work, roll out the trash can again and try to pass proper reform in 2012 and keep on pushing until it gets done right.

UPDATE 2: Jane Hamsher says that Ohio's Sherrod Brown and the progressives in the Senate will not give up on the public option so easily.