Just A Little Something 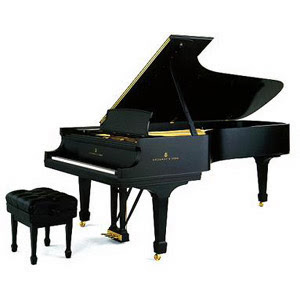 About the Van Cliburn competition I've been going on and on about in the comments....

A couple things you should know:

The semi-finalists (12) will move to 5 finalists, sometime tonight. Prox 11:00 Texas time which is any minute now.

All of the players are so talented, it's rude. There's so much talent in Dallas/Ft. Worth right now that the piano universe is really out of whack.

How this all came to be is because Van went and won the prized Tchaikowski Award from those stinking pinko Russkis!

He had a ticker tape parade in New York when he came back from Europe. Like the Astronauts did.

Which is my point. In those crazy Cuban, Nuclear Nasty years, Art held sway, and helped bring normalcy to the stoopid world. It really did.

Can it do so again?

Let's hope so. There's a real talented group of kids in this year's Van Cliburn lineup, and they're from everywhere. China. Bulgaria. Japan. England. Italy. Korea.


Personally, I really liked this new music from Naomi Kudo, by a composer named Vine, who I hadn't heard of before:

But she didn't move forward in the competition. That tells you how sharp this particular and literal world stage is. It's the UT!

Forward! I can only lust over the coming concerts.


TAGS: Culture Matters, Wild About Piano, People have differences, but wow how about their similarities?, I'm Betting on Di Wu