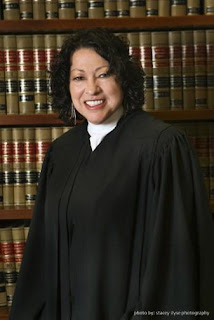 I'm a big fan of (the ideals of) the Olympic games. I can remember watching the games as a child and hearing all of the exotic sounding names of the athletes. There was never any question in my child's mind who the American athletes were. They all had very American sounding names like "Smith" and "Jones." Over the years, however, more and more of those exotic sounding names were listed under the United States. And today I can't go by just their name to determine whether any given athlete is playing for the United States or another country. For me, this was a sign of how inclusive our melting pot of a country had become.

Enter Judge Sonia Sotomayor. Poor Mark Krikorian can't figure out how to pronounce her name. Say's it just ain't natural. That if we let people run around pronouncing their names like they want that civilization as we know it will cease to exist. So for the sake of decency, maybe Nature Boy Krikorian can help us out with a few other names we poor liberals have difficulty pronouncing. Like this guy: It is CHAY - nee? That's how this online pronunciation guide calls it. Or is it CHEE - nee? Gosh, not even Liz and Lynne Cheeney can agree:

When the Dick was asked directly, he had this to say:

"How do I pronounce my last name and how do I want you to pronounce it? Well, the family's always said Cheney with an 'e' and that was especially true out West growing up," he said. "I find, when I came East, that the tendency was to say Cheney with an "a". I'll respond to either. It really doesn't matter."

I guess it just ain't natural for easterners to pronounce it Chee-nee. Not sure what this says about Tweetie.

Naturally, I call him "The War Criminal."

And then there's this guy: 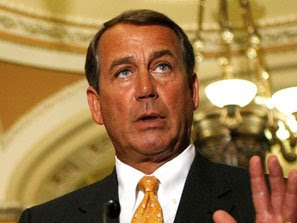 Now according to the same online guide, it is pronounced Bay - nur. BUT THEN it says:

See also: John A Boehner - representative in the U.S. House of Representatives for the state of Ohio

Circular reasoning or repuglican conspiracy? You decide. Me? I call him "The Cry Baby."

As for Judge Sotomayor? The online guide says so-"toe"-may-OR. But if we are to pronounce it the natural way, I would think the pronunciation for dummies would be Soto - mayor. But no, apparently, it's even naturaler to say Soto - Meyer. I probably should withhold giving her a moniker because I really don't know enough about her. But just going with my gut, I'd say "Awesome Activist Judge."