What's Really Wrong With the Economy?

Adam Smith and the
Roots of Neo-Conservative Hypocrisy 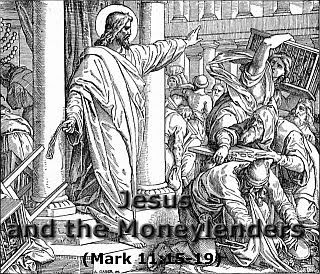 You've doubtless seen recent headlines showing that unemployment in the US is above 10% officially, higher than it's been since 1983. But that's not the whole story.

New figures in Friday's jobs report from the Labor Department indicate that the broadest measure of unemployment—including those unemployed who have looked for work in the last four weeks, discouraged workers, and the "underemployed" (part-time workers looking for full-time work)—has hit its highest recorded rate. More than one in six, or 17.5 percent of workers, are unemployed or underemployed, and in some hard-hit states like California, Arizona, and Michigan, the figure can get as high as 20 percent. The current figure is almost a half-percent higher than the previously recorded high of 17.1 percent in December 1982, even though the official jobless rate remains lower than its peak in the 1980s.
(more details at The New York Times)

While all the Wall Street firms are flush with the money from the Bush bailout, Main street has yet to see full benefits from the Obama stimulus package. As always America's top-down priorities can be summed up as "comforting the comfortable." Station Agent's post today got me thinking about the whole 'too big to fail' meme, and this post is an expansion of my response there in comments.

Adam Smith is almost universally considered to be the father of economics. His book The Wealth of Nations was published in 1776, and that coincidence in date leads conservatives to regard it as though it was one of America's founding documents, like the Declaration of Independence. Much in Wealth can be used as an argument for unbridled and unregulated capitalism, but like the Bible (Old Testament, New Testament, or any religious writings for that matter) cherry picking of certain passages while ignoring others can lead to a conclusion far from the original intent.

It's no accident that people with mental illness are often referred to as 'unbalanced.' If your every thought and consideration pulls you in one direction it's just a matter of time before you're dragged over the edge. I haven't actually read Wealth of Nations, but I can tell you with a high degree of confidence that it has been cherry-picked mercilessly to present only one side of Smith's philosophy. Smith himself was seemingly quite aware that his own thoughts ran a considerable gamut.

On the road from the City of Skepticism,
I had to pass through the Valley of Ambiguity.
-- Adam Smith --

One can certainly cherry-pick through Smith's writings and assemble quotes backing every core conservative argument. He is presumed to have been against regulation and the welfare state, for instance. Quotes can easily be found to bear that out.

"Every man, as long as he does not violate the laws of justice,
is left perfectly free to pursue his own interest his own way,
and to bring both his industry and capital into competition
with those of any other man or order of men."

"Every man is, no doubt, by nature,
first and principally recommended to his own care;
and as he is fitter to take care of himself than of any other person,
it is fit and right that it should be so."

An argument mitigating the laissez faire effect of that first quote would focus on the underlined phrase. Smith lived and died well before the emergence of the modern multinational corporation. How would he have reacted to the idea of corporate lobbying, especially when the intent is so often to alter the laws so they no longer even resemble justice? What would he have thought of a government that was blatantly for sale to the highest bidder?

"A government that robs Peter to pay Paul
can always depend on the support of Paul."
-- George Bernard Shaw --

Just because you bribe or coerce the Legislature into making something legal that was once criminal doesn't make it right. And one other question; would Smith have seen the monopolistic practices of giants like Microsoft as constituting a form of market regulation of their own?

Those who might cite Smith in defense of the free market could in no way rely on him in the case of the crony capitalism that now dominates the global economy. He quite clearly abhorred monopolies, trusts, and price fixing.

People of the same trade seldom meet together,
even for merriment and diversion,
but the conversation ends in a conspiracy against the public,
or in some contrivance to raise prices.

The whole justification for free-market capitalism can be summed up in a sentence; "it creates a free market environment where competition spurs excellence." That's fine in theory, but where the rubber hits the road you always see capitalists trying to merge into entities that are not just too big to fail, but too big to compete with. Whether they buy out anyone who challenges them, as for example Microsoft has always done, or collude with them and form a cartel, as you see in the oil and health insurance industries, the result is the same. No competition. No free market. Prices are fixed at artificially inflated values, and the public is screwed.

As the saying goes; "in theory, theory and practice are the same thing. In practice they are quite different." This is true in spades in the field of economics.

The sad truth about free market capitalism is that it inevitably leads to concentration of wealth in so few hands that the free market vanishes. You're left with crony capitalism. Which as I've already stated, is a kind of regulation unto itself. I'm absolutely certain that Smith would have considered the no-bid, cost-plus model that Cheney used to dole out cash to Halliburton and Blackwater as nothing less than criminal. I certainly do.

Happily my search for Adam Smith quotes led me to this brilliant post that contains the conclusion to the first book of Wealth of Nations. You should, indeed MUST read this post in its entirety.

It is my contention that much of today's discourse is seriously distorted by the near universal acceptance of some points which are, in fact, completely false. One of these is the idea that modern Conservative/Republican philosophy is strongly tied to the principals of free market capitalism as espoused by the like of Adam Smith.

The author then shows that Smith considered the investor class to be parasitic on the rest of the economy, and their interests contrary to general prosperity.

The plans and projects of the employers of stock regulate and direct all the most important operations of labour, and profit is the end proposed by all those plans and projects. But the rate of profit does not, like rent and wages, rise with the prosperity, and fall with the declension, of the society. On the contrary, it is naturally low in rich, and high in poor countries, and it is always highest in the countries which are going fastest to ruin. The interest of this third order, therefore, has not the same connexion with the general interest of the society as that of the other two.
[...]
The proposal of any new law or regulation of commerce which comes from this order, ought always be listened to with great precaution, and ought never to be adopted till after having been long and carefully examined, not only with the most scrupulous, but with the most suspicious attention. It comes from an order of men, whose interest is never exactly the same with that of the public, who have generally an interest to deceive and even to oppress the public, and who accordingly have upon many occasions, both deceived and oppressed it.

By taking the top-down investors-first approach to the economy Barack Obama's financial advisers (all members of the investor class and most alumni of the Goldman Sachs boardroom) ignore the lessons of history and all credible economic theory. Listening to those , "who have generally an interest to deceive and even to oppress the public, and who accordingly have upon many occasions, both deceived and oppressed it," would seem to constitute Obama's biggest mistake to date.

That mistake, to be blunt, has been to pick the wrong side in what is really a class struggle. Or, put another way, it's like investing in new draperies for a house whose foundation is crumbling. Even Republicans once recognized that prosperity is based in the working class. Anyone who looks at it honestly agrees to that, regardless of ideology. Even John McCain, caught in the absurd statement that the economy was strong while the banks were failing, tried to rescue himself by equating the American worker with the 'fundamentals.' For once he was right.

"Labor is prior to, and independent of, capital.
Capital is only the fruit of labor,
and could never have existed if Labor had not first existed.
Labor is superior to capital,
and deserves much the higher consideration."
-- Abraham Lincoln --

“Labour was the first price, the original purchase -
money that was paid for all things.
It was not by gold or by silver, but by labour,
that all wealth of the world was originally purchased. ”
-- Adam Smith --

"Capital is dead labor,
which, vampire-like, lives only by sucking living labor,
and lives the more, the more labor it sucks."
-- Karl Marx--

By this yardstick there is only one thing that could be more dangerous than the gloomy unemployment statistics at the head of this post. And that danger is that the blood-sucking investor class can continue to shop for fancy draperies (paid for by the taxpayer) while the nation's foundation crumbles beneath them. Conservative philosophy revealed itself to be unsustainable practically speaking with the banking crisis last year. Hopefully this post shows that it is and always has been a sham on the theoretical side as well.
~~~~~~~~~~~~~~~~~~~
UPDATES: There are a couple of pertinent links to add to this, which have just appeared on the web since I posted on Friday.

Ellen Brown has a new post up at Truthout: "Shifting the Burden from Main Street to Wall Street: Why We Need a Tobin Tax"

The BBC has released the results of a new poll: "Free market flawed, says survey"

Twenty years after the fall of the Berlin Wall, a new BBC poll has found widespread dissatisfaction with free-market capitalism.In the global poll for the BBC World Service, only 11% of those questioned across 27 countries said that it was working well. Most thought regulation and reform of the capitalist system were necessary. There were also sharp divisions around the world on whether the end of the Soviet Union was a good thing.

So, as some celebrate the fall of the Berlin Wall (which was after all a good thing) others regret the collapse of communism that brought it about.